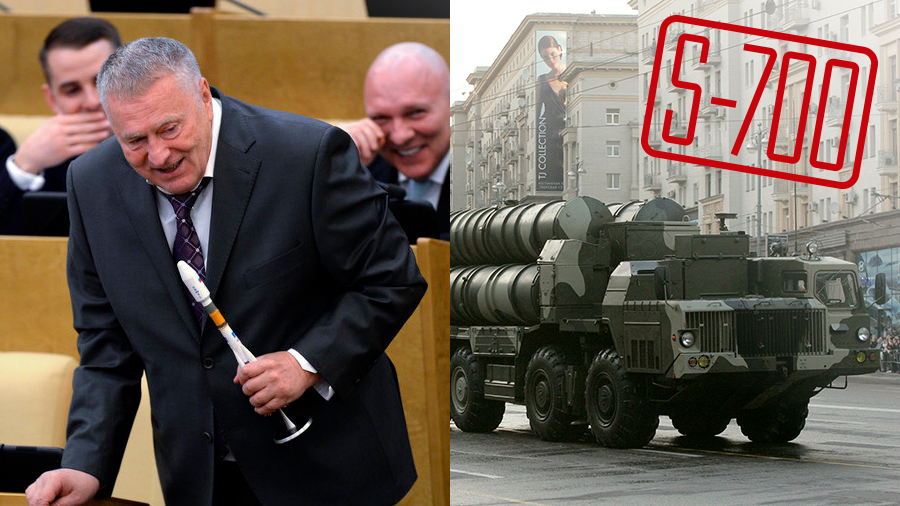 A leading Russian politician may have just revealed the biggest Russian military secret. Or just invented a non-existent weapon system while ranting about how powerful the country is during a political talk show.

Vladimir Zhirinovsky, who is well-known for his explosive speeches and eyebrow-rising claims, made his latest one during a talk show last week. He said Russia should double down on its decision to supply the S-300 long-range anti-aircraft missiles to Syria.

The bragging was met with laughter by other guests while the host, Vladimir Solovyev, intervened to joke that Zhirinovsky should be careful not to disclose all of the secrets at once. “What if you tell us about the terrible S-1500 system that we know nothing about,” he said.

Unfazed Zhirinovsky assured that the ‘S-700’ would be the last one because “it will shoot down every missile right at the launch site.”

The politician heads the LDPR party, which holds 40 seats in the Russian parliament. He has a long record of eccentric behavior that apparently appeals to the party voter base.

Among his more incendiary statements is a suggestion that if Russian kids learned how to use a Kalashnikov rifle instead of speaking English language, “the entire world will speak Russian.” He also pledged that his “hands will be in blood” if he ever became president and “dictatorship is constipation; democracy is diarrhea; chose whatever you want.”

Despite the sometimes hateful and all too often insulting rhetoric, Zhirinovsky is mostly considered by critics a demagogue with a taste for crude jokes in place of policy ideas. At various times he suggested firing officials who weigh over 80kg, banning birds from migrating to other countries and allowing “seismic refugees” from Japan to settle freely in Russia’s Far East. (RT)