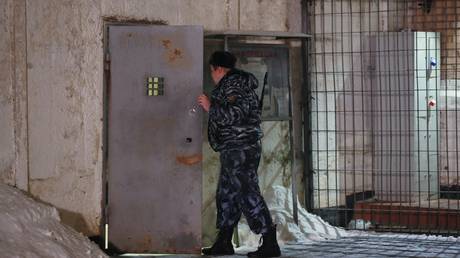 Russia’s prison numbers have been falling for two decades, due to the liberalization of the penal system and use of alternative penalties. For the first time, fewer than 500,000 in the world’s largest country are now incarcerated.

“Today, there are 496,791 people in the correctional facilities,” the Federal Penitentiary Service (FSIN) announced on Thursday. “These are both citizens who are in pre-trial detention facilities on suspicion of committing crimes, and convicts in penal colonies.”

Particularly notable is the significant fall in the number of convicts in those colonies. It now totals 391,614, versus 463,000 early last year.

The Russian figures remain high when measured against those in the rest of Europe, with only Belarus having more people currently imprisoned per capita. The incarceration rate is around three times higher than that of France and more than two times larger than the United Kingdom’s. However, it’s now around half that of the United States, which has the world’s largest overall prison population. (RT)