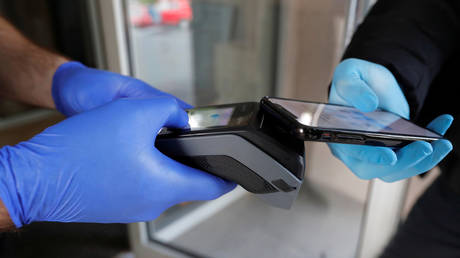 Mir cards, developed by Russia in response to Western sanctions, will finally become available in Apple Pay. The mobile payment platform promoted by the US tech giant Apple will start accepting the cards as early as April.

Users of Apple devices will be able to add Mir cards to their Apple Wallet, according to a letter sent by Russia’s national payment system (NSPK) to banks and lending agencies.

“We are working on bringing Apple Pay to our customers. More details will be announced later,” a representative of the National Payment Card System, which operates the Mir cards, told Russian business daily RBK.

Apple Pay was launched in Russia in 2016, but the service hasn’t been available for Russian Mir cards that could be added to Samsung Pay, as well as to Mir Pay, developed by the Mir national payment system. Mir Pay is available on Android smartphones destined for sale in Russia.

Payment systems provide users with an opportunity to tie their bank cards to smartphones and pay for goods and services via contactless payment by tapping or hovering the device on or over the POS terminal’s sensor for a couple of seconds.

In 2020, Russia was ranked second in a global rating based on the number of Apple Pay users across the nation, outpaced only by the US. (RT)