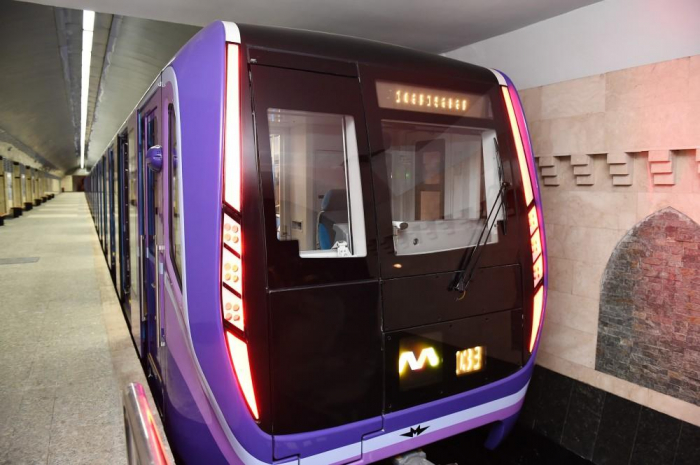 Russia’s Metrovagonmash JSC (a part of Transmashholding JSC) and Baku Metro CJSC have signed an agreement to supply 30 subway railcars to Baku.

In accordance with the agreement, six trains will be built for the Baku subway by the end of 2019.

The agreement was signed by Director General of Metrovagonmash JSC Boris Bogatyrev and Chairman of Baku Metro CJSC Zaur Huseynov. The first delivery of new railcars to Baku is planned in the second quarter this year.

The Baku subway will be replenished with new railcars that have been manufactured by Russia’s Mytishchi Machine-Building Plant since 2017. Compared with the rolling stock of previous models, passengers can freely move from one railcar to another in the new trains.

Besides, a new light warning system is used when the doors are opening or closing in the trains. The trains have good noise and heat insulation, the railcars are equipped with air conditioning and ventilation systems, sockets for charging passengers’ electronic devices. The first and last railcars of the new trains have places for wheelchairs and bicycles.