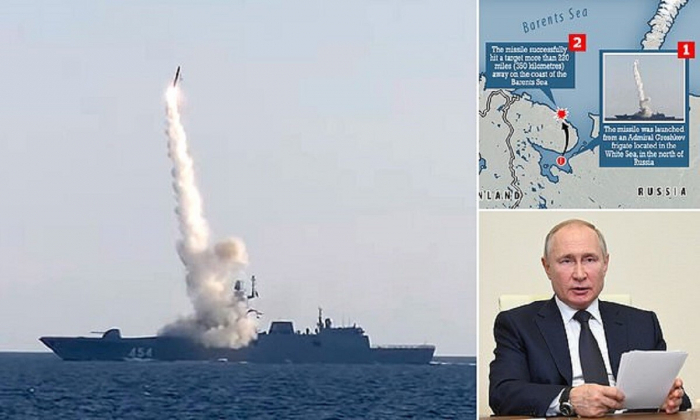 Also called the Tsirkon, the weapon was fired from the Admiral Gorshkov frigate, hitting a ground target off the coast of the Barents Sea, Aerotime Hub reported.

“According to live monitoring data, the Zircon missile successfully hit a target directly at a range of over 350 kilometers,” the Ministry said in a statement quoted by Interfax.”During the test, the tactical and technical characteristics were confirmed.”

The Kremlin has made modernizing the country’s arsenals a top priority amid the tensions with the West that followed Russia’s 2014 annexation of Ukraine’s Crimean Peninsula.

Footage distributed by the defense ministry (attached below) showed the Admiral Gorshkov warship launching the cruise missile at a target on the Barents Sea coast.

The Zircon has a two-stage propellant system that uses a solid-fuel propellant to bring it up to speed, then is powered by a scramjet combustion engine, The National Interest reported.

Nowadays, professional courses on cyber security and data analysis have been launched in order to…