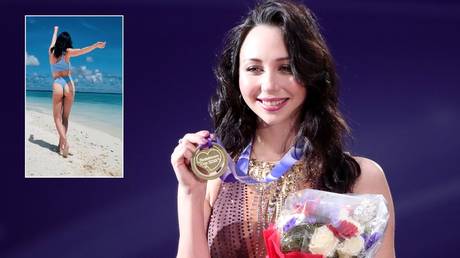 Russian figure skating stunner Elizaveta Tuktamysheva – dubbed the hottest star on ice by her fans – has showed off her toned figure on a Maldives beach as she enjoyed a well-earned post-season break.

At 24, Tuktamysheva is already the grand dame of Russian figure skating having claimed world and European titles back in 2015, but continues to shine even as younger rivals emerge to snap at her heels.

The skater – who goes by the regal nickname ‘The Empress’ – enjoyed another renaissance last season as she helped Russia to a maiden gold medal at the World Team Trophy in Japan back in April.

That medal accompanied the silver which Tuktamysheva scooped at the World Championships in Stockholm in March, where the St. Petersburg-based star finished behind 17-year-old Russian sensation Anna Shcherbakova.

Also on rt.com ‘We can do everything’: Disbelieving Elizaveta Tuktamysheva hails ‘women power’ after Russia’s dream night of world figure skating

After her exertions, the dark-haired siren is enjoying some well-earned rest in the Maldives, where she’s posted pictures frolicking with friends, sharing a close encounter with some sharks, and snorkeling.

In a message of warning shared with her 281,000 Instagram followers, the bikini-clad star showed off some sandy handprints on her backside but suggested that she had later forgotten to apply enough suncream.

“Before the sunburn…. #redass Ps: use suncream,” wrote the skate star in English.

Fans lapped up the sunny snaps, with one writing: “Call the fire brigade” and adding a series of flame emojis. 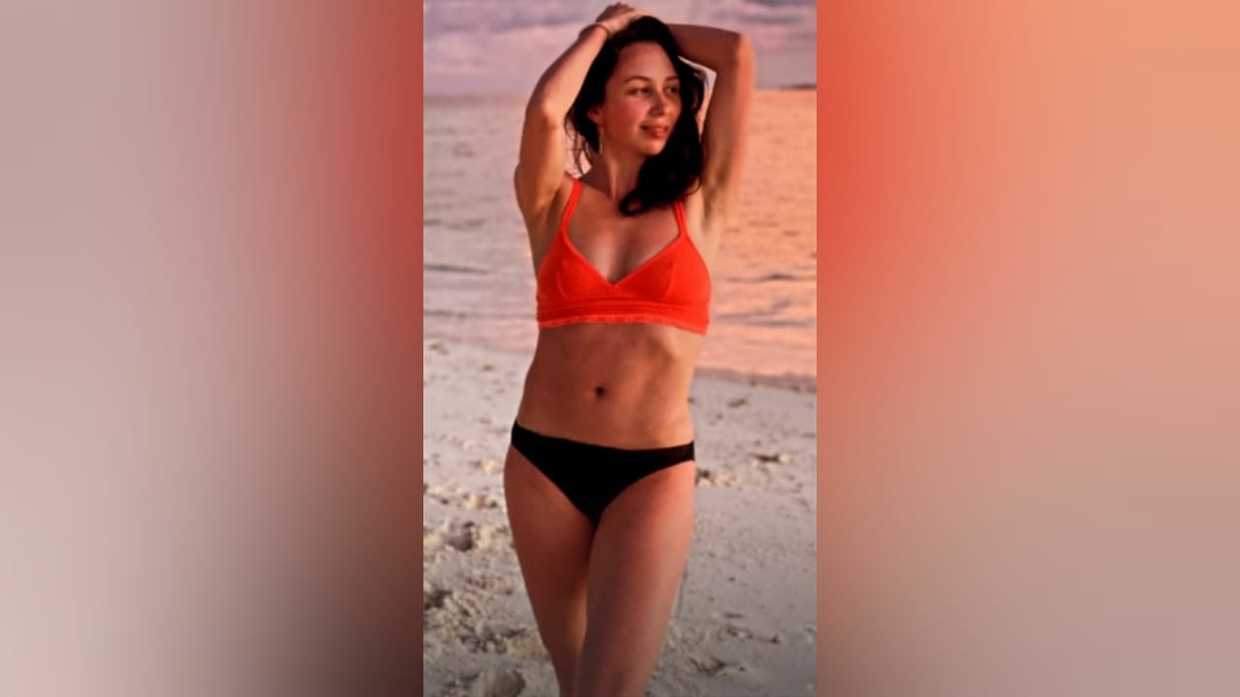 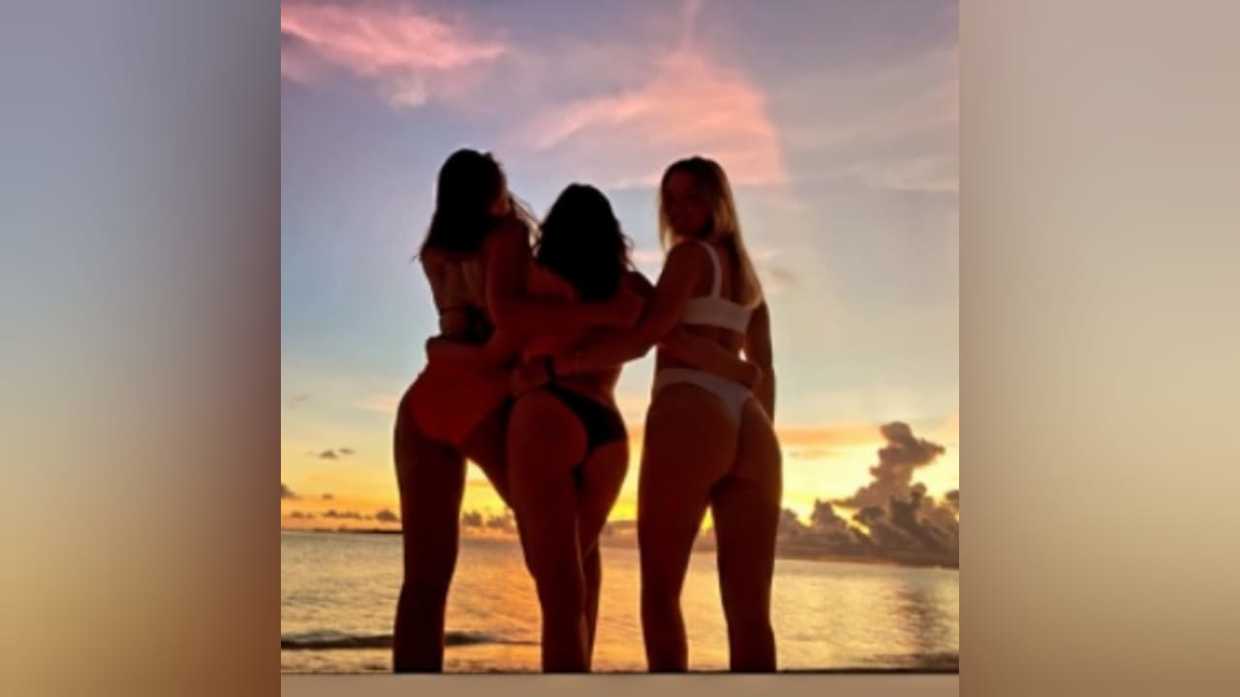 Tuktamysheva posed with friends with a sunset backdrop. © Instagram @liza_tuktik

“Have you got a skimpier bikini,” added another, while one wrote: “Elizaveta you are top, a beauty, the sexiest figure skater.”

“A well-earned rest!” read another reply, referring to Tuktamysheva’s efforts on the ice last season. 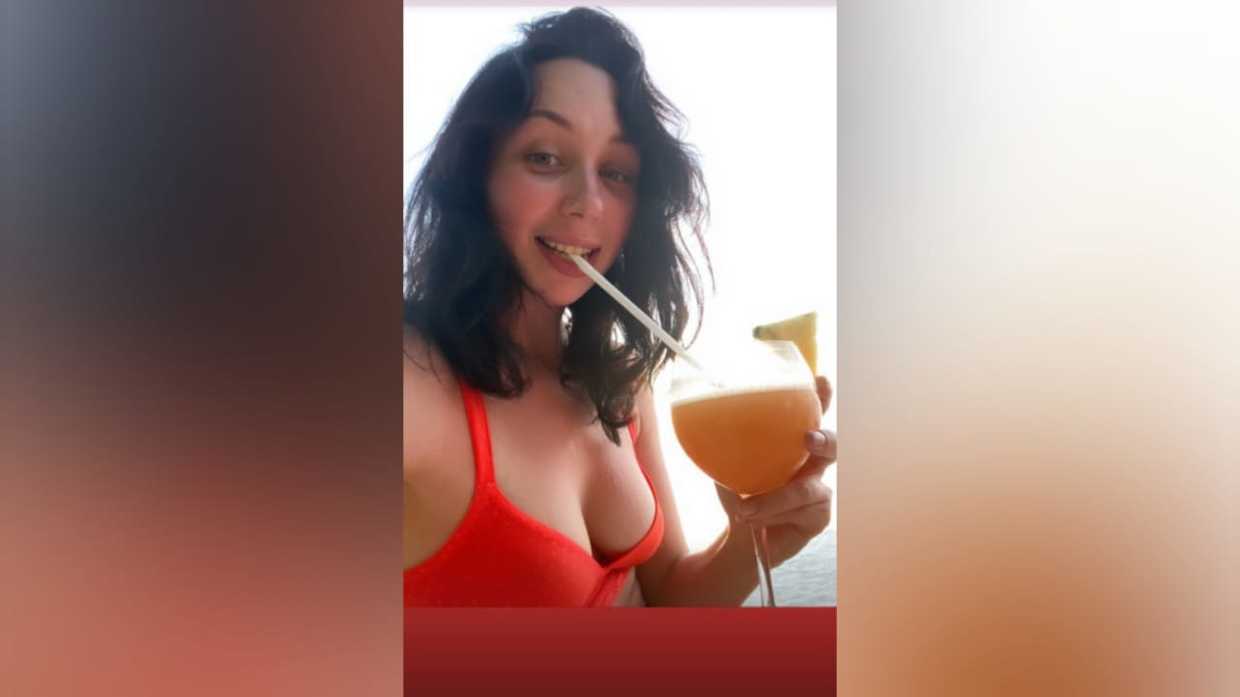 Tuktamysheva enjoyed a drink as she relaxed in the Maldives. © Instagram @liza_tuktik 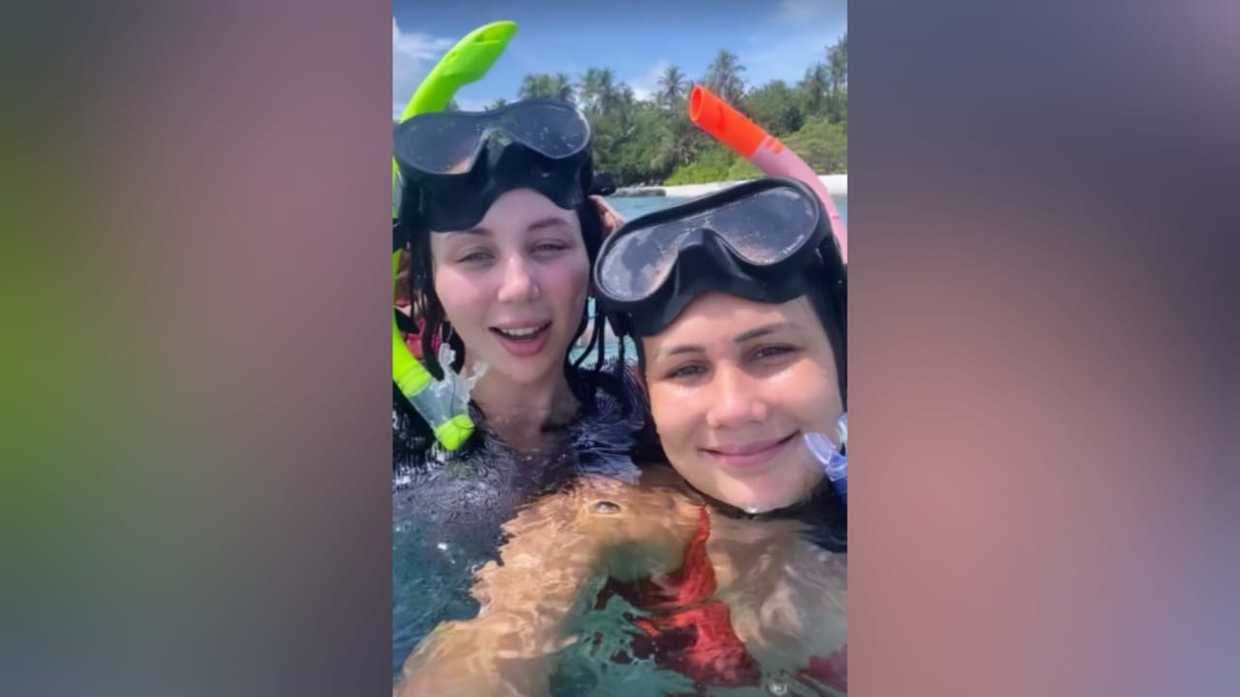 Looking ahead to next season, Tuktamysheva is eyeing a big challenge as she aims to secure a spot on her country’s team for the 2022 Winter Games in Beijing.

Having missed out on the last two Winter Olympics, Tuktamysheva has already vowed “to fight to the end” to seal a place on the team – something which her fans would no doubt feel is well deserved given her service to her country down the years.

Beyond Beijing, Tuktamysheva has revealed she would welcome a career as a coach or in the media.

“Maybe I’ll be coach or somewhere in the media. But I can definitely see myself as a coach for some time,” she told the Russian press in a recent interview.

“I’ve already invested most of my life in figure skating. There is no way to get rid of it.”