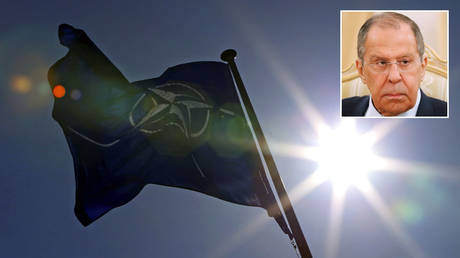 The rapprochement with the West, it seems, is now truly dead and buried. Russia will withdraw its delegation from Brussels, and will send home NATO’s mission in Moscow from next month. The row ostensibly comes after the US-led bloc announced it would expel nearly half of Russia’s envoys, reportedly over unsubstantiated allegations of ‘espionage.’

One might imagine that groups would make better decisions than individuals. The input of a wide variety of views should produce wiser results than one person following his or her biases. Psychologists have, however, identified multiple problems with the dynamics of group decision-making that contribute to the opposite outcome. Groupthink, for instance, tends to produce conformity by suppressing dissenting points of view. And the phenomenon of “group polarization” pushes groups towards extreme positions. 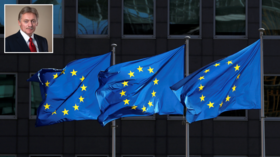 Russia isn’t trying to divide Europe, but prefers to deal with sovereign states directly rather than engaging with blocs – Kremlin

With group polarization, sets of individuals adopt more extreme ideas collectively than each of them would have supported individually before discussions started. The process of discussion hardens attitudes around more radical positions, as the more moderate members of the group change their opinion in order to fit what they see to be the consensus. Thus, a study of US judges showed that, when making decisions alone, they made what were deemed “extreme” judgements 35% of the time, but when sitting in a panel of three, did so 65% of the time.

All this explains why the Russian Federation has long preferred bilateral relations with individual countries rather than trying to negotiate deals with groups of them, such as NATO or the EU. This attitude was confirmed this week by Kremlin spokesman Dmitry Peskov, who remarked that, “It is in our interests that the countries of Europe prosper, but are all independent of each other.”

Individually, the US and its European allies are for the most part capable of adopting reasonable positions towards Russia. Put them all together in a room, however, and suddenly they become all hardline and hostile, as they gravitate towards what they feel is the lowest common denominator among them. Their individual self-interest, it seems, is sacrificed to the general feeling of the group.

It seems that the Russian government has now lost patience with the primary Western multilateral organizations – the EU and NATO – preferring to bypass them to deal with their individual member states individually. Thus Russian Foreign Minister Sergey Lavrov declared earlier this year that, “there are currently no relations with the EU as an organization.”

Read more:   Azerbaijani embassy in Russia issues appeal in regard with coronavirus

Lavrov’s announcement on Monday that bilateral ties with NATO marks the end of nearly 30 years of direct relations with the bloc, dating back to the creation in 1994 of the Partnership for Peace program and also to Russia’s participation in the 1996 mission in Bosnia, led by the bloc.

In an effort to come closer together, in 1997 the two sides signed the NATO-Russia Founding Act, which created a Permanent Joint Committee of representatives of both parties. In due course, this led to the establishment in 2002 of a NATO-Russia Council, whose purpose was to reassure Russia about the bloc’s intentions by allowing for consultations on key issues of joint interest.

While admirable in theory, in practice neither the Permanent Joint Committee nor the NATO-Russia Council were able to foster good mutual relations. Part of the problem was that both sides took actions that the other considered hostile: the bombing of Yugoslavia and Libya, and the expansion of the bloc on the one side; the takeover of Crimea and support for rebellion in Donbass on the other. Beyond that, though, the Russians found that dealing with NATO as a group didn’t work out quite the way they had imagined. (RT)