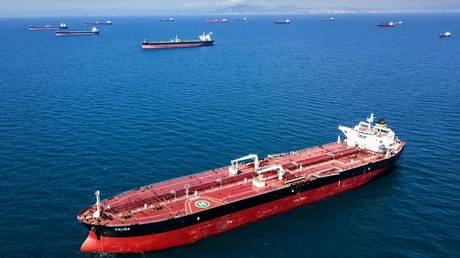 FILE PHOTO: An oil tanker at the oil loading terminal of the Sheskharis transshipment complex in the Krasnodar region, Russia © Sputnik / Vitaly Timkiv

For most of the period through August, Russia was part of the OPEC+ agreement to curtail supply to the market, except in March and early April, when Russia and Saudi Arabia disagreed on how to manage oil supply to the market when demand was crashing due to the pandemic. The current production cuts began in May 2020 and are much deeper than in the previous deal.

Russia’s crude oil exports also dropped in terms of value due to the slump in oil prices. Between January and August, the value of Russian crude oil exports plunged by 38.9 percent compared to the same period last year, to $48.8 billion, according to data from the Russian federal customs service.

Read more:   Zarif: We will hold a summit between Iran, Russia, and Azerbaijan

Currently, Russia’s economy is suffering the consequences of the oil price crash that it helped create with the temporary rift with its OPEC+ partner Saudi Arabia. Russia’s oil income shrank as a result of the plunge in oil prices. (RT)