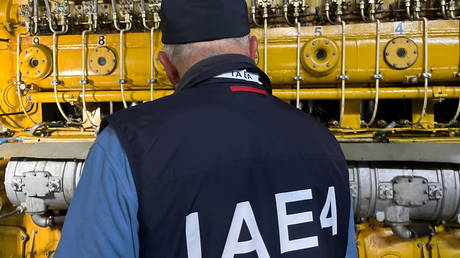 Russia is holding talks with the International Atomic Energy Agency (IAEA) on establishing a safe zone around the Zaporozhye Nuclear Power Plant, a senior diplomat has said. Moscow has accused Kiev’s forces of constant shelling and warns of a potential disaster.

“In terms of setting up a physical and nuclear security zone at the plant, there needs to be an international monitoring of the agreements,” Mikhail Ulyanov, Russia’s envoy to international organization in Vienna, said on Friday.

“And it has to be effective, otherwise the [accord] would just be an empty sheet of paper. This is the issue that we are discussing with the IAEA Secretariat.” 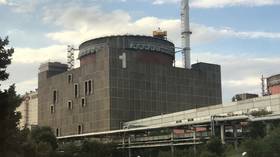 The IAEA reported on Thursday that external power was restored to the plant after the facility once again had to switch to emergency diesel generators the previous day. Although the watchdog did not place the blame on anyone for the attacks, Ulyanov claimed on Thursday that the IAEA experts working on site are “well aware of where the fire comes from.”

Renat Karchaa, an adviser at Russia’s state nuclear operator, Rosenergoatom, said earlier that the radioactive waste storage and the cooling system of one of the reactors were hit over the weekend in what he described as an intensification of the shelling. Ukraine has previously denied targeting the facility.

The Zaporozhye plant was seized by Russian troops shortly after Moscow launched its military operation in the neighboring state in late February. The eponymous region, along with three other former Ukrainian territories, eventually joined Russia after holding referendums in September. (RT)