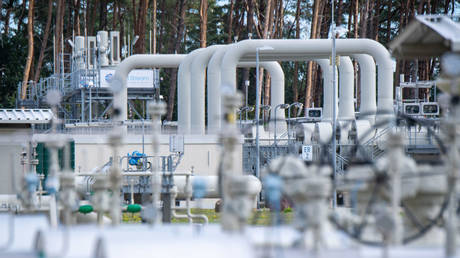 The sabotage of Russia’s Nord Stream gas pipelines benefits the US, not Russia or the EU, Russia’s permanent representative to the UN Vassily Nebenzia said on Friday.

“The main question is whether what happened to Nord Stream is beneficial to the US? Absolutely. US suppliers of liquefied natural gas should now celebrate a several-fold increase in LNG supplies to the European continent. And from the political point of view – the last th

Furthermore, according to him, “if we think in terms of common sense, rather than in the spirit of the morbid fantasy that the Russians are willing to do anything to intimidate Europe,” Russia would also hardly benefit from jeopardizing its own pipeline.

Read more:   Monstrous terrorist attack by Armenians against Azerbaijanis rushing to help them in Spitak

“It makes no sense for us to ruin with our own hands a project in which we have invested an enormous amount of money and from which we could get a substantial economic return. You yourself in the West have said that we make a profit on energy exports and benefit from rising energy prices,” Nebenzia pointed out.

Danish authorities reported leaks on both the Nord Stream 1 and 2 pipelines on Monday after a local pipeline operator noted a loss of pressure following a series of undersea explosions. The US, Germany, Denmark, Sweden and Norway all deemed the incident to have been sabotage. Russian President Vladimir Putin put the blame for the situation on Western nations, saying that “sanctions are not enough for the Anglo-Saxons” and that they have now “moved to sabotage.”

At a news conference on Friday, US Secretary of State Antony Blinken denied that the US or NATO countries had anything to do with the damage to the Nord Stream pipelines. US President Joe Biden, meanwhile, accused Russia of spreading disinformation with accusations toward the US and urged the global community not to believe that Washington is to blame for the incident.