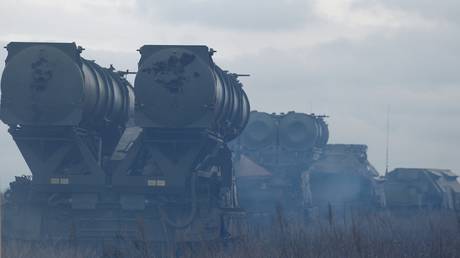 Moscow has ordered an advanced air-defense system to be readied for action on the remote Kuril Islands in the Sea of Japan, just days after claiming to have intercepted a US warship that sailed into Russian waters in the region.

Colonel-General Gennady Zhidko, the regional commander of the Air Defense Forces, personally inspected the S-300V4 missile launcher, and praised its operators’ “training to act upon detection of any violation of the air borders of the Russian Federation in the Kuril Islands.”

The news comes only a week after the country’s navy reportedly threatened to ram the USS ‘John McCain’, a US destroyer, which it says was detected two kilometers inside Russian waters off the coast of the Far Eastern capital Vladivostok.

The Americans claimed their sailors were engaged in a “freedom of navigation operation” aimed at “challenging Russia’s excessive maritime claims.” They insist that Peter the Great Bay was wrongly claimed by the Soviet Union in 1984, while Moscow insists its borders are valid under international law. (RT)