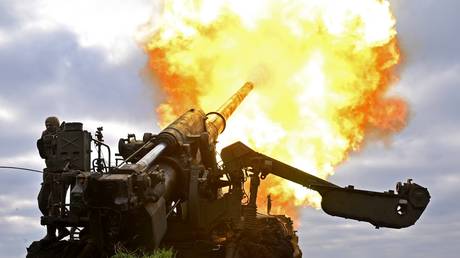 The Ukrainian Armed Forces lost over 8,000 troops and a significant number of military equipment over the course of November, said Russian Defense Minister Sergey Shoigu while announcing the latest casualty numbers on Tuesday.

In late September, Shoigu claimed that Ukrainian forces had suffered a total of more than 61,000 combat losses since Moscow launched its military operation against Kiev in February. He also noted that Russia’s losses were ten times less, at around 6,000 soldiers.

While Kiev has refrained from releasing official casualty numbers of its armed forces, it has disputed the figures provided by the Russian Defense Ministry. President Vladimir Zelensky stated in September that the Ukrainian army was losing some 50 people a day, but noted that it was “five times less” than Russian casualties.

Last week, European Commission President Ursula von der Leyen published a speech in which she claimed that “more than 100,000 Ukrainian military officers” had been killed during the conflict. The video, however, was later deleted and re-uploaded without the casualty estimate after it sparked outrage in Kiev, which claimed that it was “sensitive information” that should only be released by top Ukrainian officials. (RT)