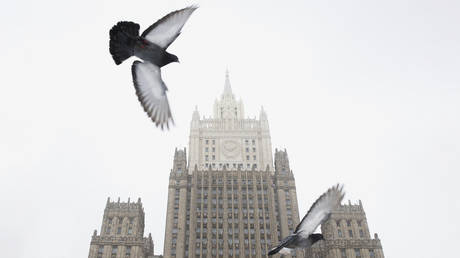 Moscow maintains that a war between nuclear-armed countries should never be fought, the top nonproliferation official in the Russian foreign ministry told the UN General Assembly’s First Committee on Tuesday.

“We believe that one of the most important tasks is to maintain adherence by all countries of the ‘nuclear five’ to the postulate that any war between countries possessing nuclear weapons cannot be allowed to happen, which was reflected in the January joint statement of the leaders of nuclear powers. Russia is fully committed to it,” said Vladimir Yermakov, director of the arms control and nonproliferation department at the Russian Ministry of Foreign Affairs.

The committee, which is in charge of arms control and international security, heard the statement through Konstantin Vorontsov, deputy head of the Russian delegation to the UNGA.

Yermakov’s remarks follow a clarification from the Kremlin that Moscow will only use nuclear weapons based on its official doctrine – meaning, in self-defense from weapons of mass destruction, or where its survival was threatened by conventional means.

“There can be no other considerations here,” Kremlin spokesman Dmitry Peskov told reporters on Monday. 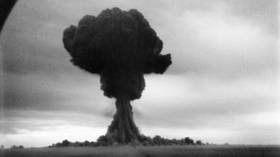 Russia has clear policy on use of nuclear weapons – Kremlin

Russia has been repeatedly accused by the US and its allies of threatening the use of nuclear weapons in Ukraine. Putin’s spokesman Peskov has repeatedly directed reporters to the official doctrine in order to dispel any misunderstandings. According to Russia’s nuclear posture, Moscow reserves the right to use atomic weapons only “in response to the use of nuclear and other weapons of mass destruction against Russia or its allies,” as well as “in response to a conventional attack that threatens the very existence” of Russia as a sovereign state.

Over the weekend, however, head of Chechnya Ramzan Kadyrov proposed using “low-yield nuclear weapons” as one of the “more drastic measures” regarding the conflict in Ukraine. Kadyrov was addressing the withdrawal of Russian troops from a Donetsk Region town due to a persistent Ukrainian assault.

While Russian regional heads – including Kadyrov, who Peskov said has “contributed a lot” to the operations in Ukraine – are free to express personal opinions, they cannot give free rein to their emotions, “even in difficult times,” the Kremlin spokesman said. (RT)

Biden says negotiations with Putin possible, but there is one condition

Media: Saudi oil exports drop as shipments to US and China plunge

Saudi Arabia’s crude exports declined in November, as shipments to the US plunged to a…