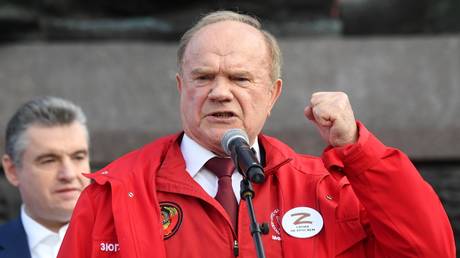 “We must be well aware that a new army has gathered against us. The Fourth European NATO Reich, where thirty countries united all their regiments and armies,” Zyuganov said while addressing the State Duma on Monday.

With his remark, the politician effectively compared the US-led NATO alliance to Nazi Germany, also known as the Third Reich. During WWII, several European allies and satellite states fought alongside Nazi Germany, while its own military incorporated numerous volunteer units provided by other European nations.

Zyuganov made the statement as the Duma gathered to vote on the accession of the Donetsk and Lugansk People’s Republics (DPR and LPR), as well as the former Ukrainian regions of Kherson and Zaporozhye, to Russia. The legislation was passed unanimously. 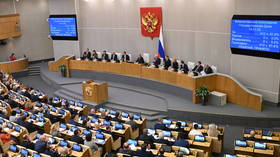 The DPR and LPR split from Ukraine shortly after the 2014 Maidan coup in Kiev. Russia recognized them as independent states in February shortly before the ongoing conflict broke out.

Read more:   Third round of Ukraine-Russia talks to kick off on March 7, says Podoliak

Ukraine’s southern Kherson and Zaporozhye Regions have been under Russian control since March. Both declared independence from Ukraine in the wake of last week’s referendums and, along with the DPR and LPR, requested to be admitted into Russia.

The referendums have been condemned by Kiev and its Western backers, who called the vote illegal despite the presence of international observers, and refused to recognize the outcome. (RT)