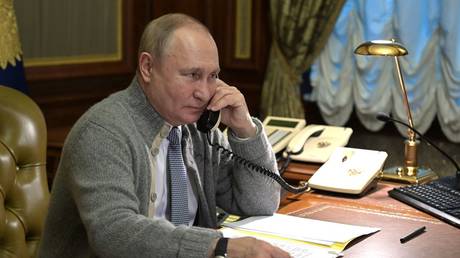 Kiev should provide “real guarantees” that it would not use the Black Sea corridor created as part of an Istanbul grain deal in its military activities, Russian President Vladimir Putin told Turkish President Recep Tayyip Erdogan in a phone conversation on Tuesday. The two were discussing the circumstances that could convince Moscow to return to its own commitments under the agreement.

Russia indefinitely suspended its participation in the deal last week following a massive drone attack on its naval base in the Crimean port city of Sevastopol. Some of the naval drones launched by Kiev allegedly used the Black Sea grain corridor’s security zone to close in on their targets, according to the Russian military.

Read more:   Azerbaijani products to be on display at World Food Moscow 2018

“It is necessary to conduct a detailed investigation of … this incident, as well as to get real guarantees from Kiev that it would rigorously abide by the Istanbul agreements, including the non-use of the humanitarian corridor for military purposes,” the Russian president said, according to the Kremlin’s press release.

Russia would only consider re-opening this corridor if that happened, Putin added. He also pointed out that the part of the deal that involved lifting restrictions on Russia’s own agricultural and fertilizer exports had never been implemented. 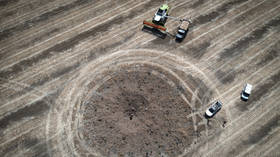 The corridor was touted as a way to secure food supplies to the neediest nations as a matter of priority. But this goal has not been reached in the three months since the agreement was established, Putin noted. Moscow is now ready to supply African nations with “large volumes” of grain and fertilizers out of its own stocks for free, the president confirmed.

Read more:   General Prosecutors of Azerbaijan and Russia had a telephone conversation

The Russian military closed the Black Sea grain corridor on Monday, arguing that its security could not be guaranteed while Kiev used it for military purposes. Moscow had previously blamed Ukraine and UK Navy specialists for the attack on Sevastopol. London has dismissed the accusation.

The Russian Defense Ministry said that the corridor would stay closed at least until all the circumstances of the attack were established. Russia has also repeatedly said that it has not left the deal entirely but only suspended its own commitments under the agreement.

In the wake of Moscow’s decision, the UN insisted that “food must flow” regardless of the circumstances. Civilian vessels “can never be a military target or held hostage,” the UN coordinator for the Black Sea grain initiative, Amir Abdulla, said. (RT)