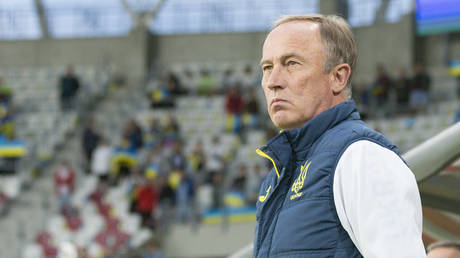 Russian football authorities have called upon UEFA and FIFA to issue disciplinary proceedings against the manager of the Ukrainian national team, Aleksandr Petrakov, officials have confirmed.

In a letter to the governing bodies of world and European football, the Russian Football Union (RFU) argued that Petrakov has acted in a manner contrary to the standards and ethics of international football, according to The Guardian.

The RFU is also said to have accused Petrakov of discrimination towards Russians after previously expressing his desire to fight against Russian forces in Ukraine.

Petrakov has previously stated that he believes Russians should be indefinitely suspended from competing in international sport – claims which Denis Rogachev, the deputy secretary general of the RFU, says stand in opposition to the accepted codes of conduct in sport.

“I thought, if they come to Kyiv, I will pick up a weapon and defend my city,” Petrakov was quoted as saying by The Guardian in April.

“I am 64 but I felt it was normal to do this. I think I could take two or three enemies out.” 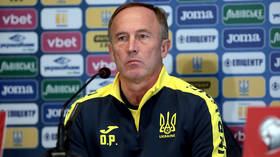 Petrakov also stated that he held talks with figures within the Ukraine government about joining a territorial defense unit but was told that his advanced age and physical condition – as well as a lack of military experience – didn’t fit the criteria they were seeking.

Russian football authorities released a statement on Monday to confirm that they have approached both FIFA and UEFA in a bid to have action taken against Petrakov.

“The Russian Football Union did apply to FIFA and UEFA, including in connection with the statements of the head coach of the Ukrainian national team. We consider such expressions unacceptable, which we drew the attention of our colleagues. The letter was sent in June, now we are waiting for a decision,” they said.

However, the Ukrainian football infrastructure has made clear that they see no fault with Petrakov’s prior statements.

“When his country was attacked by invading inhumans, [Petrakov] was ready to defend his land, his women and children,” a spokesperson for the Ukrainian Association of Football (UAF) said.

“He was not accepted into the army due to his lack of military experience, but his step is a testament to his devotion to the country and patriotism.

“What kind of discrimination can we talk about in relation to a nation that deliberately commits genocide against another nation?”

It was these types of comments, Rogachev said, which violate the commonly accepted practice of political neutrality within sport.

“The statements by the head coach of the Ukrainian representative football team are made against the background of the political conflict between the two countries – Russia and Ukraine – and represents a political message which obviously violates the fundamental principle of political neutrality,” Rogachev wrote to FIFA and UEFA, according to The Guardian. 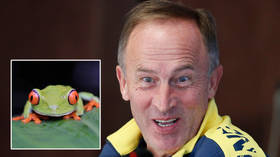 “Moreover, the head coach’s behavior can be regarded as involvement on promoting public hatred on [a] national basis and [the] use of football to assert political views.”

The RFU is also reported to have highlighted a case in which a club member of Qarabag in Azerbaijan was handed a significant fine for views expressed on social media against people of Armenian descent.

The complaint made by Russia to UEFA will trigger an automatic investigation, but any sanctions imposed would require the consent of the majority of the body – something which is considered unlikely given the current ban imposed on all Russian teams from European competitions.