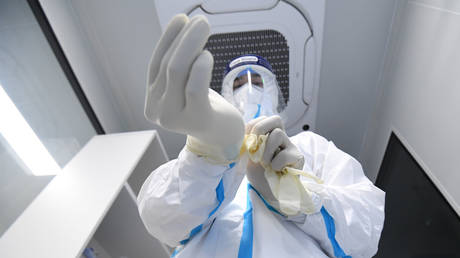 The US admits the “dual-use nature” of its large-scale biological research programs both at home and abroad but still plans to further expand them, the commander of Russia’s Nuclear Biological and Chemical Defense Troops, Lieutenant General Igor Kirillov, said during a briefing on Saturday. The general demanded broader international oversight of such programs.

“The military biological activities of the Pentagon in various regions of the world” are among the sources of risk threatening the whole international community, Kirillov warned.

The US seeks to “enhance its military biological potential,” as well as “expand its global control over the biological situation in the world,” he noted, citing the US’ own strategic documents.

Read more:   The golden asteroid that could make everyone on Earth a billionaire

The US National Biodefense Strategy, adopted in October 2022, does say that the nation “recognizes the dual-use nature of the life sciences and biotechnology” while also stating that Washington “seeks to prevent the misuse of science and technology.” It adds that biological risk management “requires… taking steps to mitigate those risks, regardless of whether they originate in the United States or abroad,” pointing to the need to “evolve” the country’s “biodefense capabilities.” 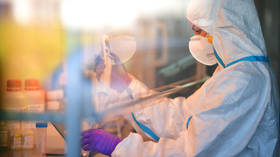 The US Defense Threat Reduction Agency – a Pentagon body mostly focused on countering threats posed by weapons of mass destruction (WMD) – goes even further in its strategy for the years 2022-2027. It openly identifies expanding the US’ ability to “identify, characterize and exploit adversary WMD vulnerabilities” as one of its goals. Another of its aims is to recognize “potential WMD warfighting obstacles” and find “solutions” to help the US and its allies “win during the conflict.”

Washington’s stated intention of strengthening the implementation of the Biological Weapons Convention (BWC) has been met with doubt from Moscow. Russia has “repeatedly raised the issue of the real goal of the Pentagon’s research programs at various international sites,” Kirillov stated on Saturday, adding that these questions “remain unanswered to date.”

In late October, Russia filed an official complaint claiming that US-backed biological activities are taking place in Ukraine and requested a UN probe into the matter. The UN Security Council rejected Moscow’s proposal, with the US, UK, and France voting against it.

Kirillov’s statement was made ahead of the upcoming BWC review conference scheduled to take place in Geneva over late November and early December. Held every five years, the event is aimed at ensuring that the convention remains relevant and up-to-date amid the changes in science and technology, as well as in the global security landscape. (RT)