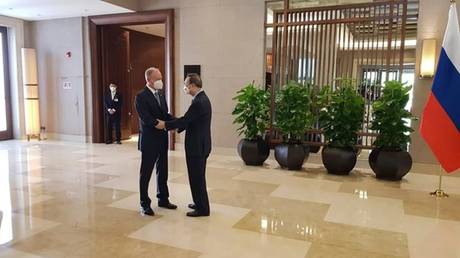 Relations between Moscow and Beijing are built on mutual trust and therefore can’t be influenced from the outside, the head of Russia’s Security Council, Nikolay Patrushev, said during a visit to China.

Boosting those ties even further is “an unconditional priority for Russia’s foreign policy,” the security chief insisted on Monday.

“In the modern conditions, our countries should show even greater readiness for mutual support and development of cooperation,” he said at a strategic security consultation meeting.

Moscow and Beijing “are looking to build a more just world order” and welcome the growing number of countries that also “choose the path of free, sovereign development based on their own identity and traditions,” Patrushev pointed out.

They are being “opposed by the political elites of the collective West that seek to impose their own bogus values” on other nations, he added.

The rapprochement between Russia and China “enjoys broad support from the public in both countries, is based on deep mutual trust, and therefore can’t be influenced from the outside,” the security chef said. 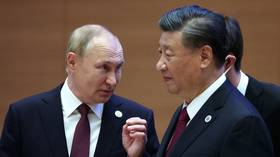 Russia and China aren’t trying to rule the world – Kremlin

The talks took place in the city of Fuzhou, the capital of China’s Fujian Province, located just across the strait from the self-governed island of Taiwan, which Beijing considers part of Chinese territory.

The Taiwan issue was among the topics discussed during the consultations, with Patrushev “expressing concerns over the escalation of tensions by Washington and its allies in the region,” Russia’s Security Council said in a statement.

Officials also agreed to further cooperation between the Russian and Chinese militaries, with the emphasis on joint exercises and patrols, and intensification of contacts between the General Staffs of the two nations.

He stated he was “ready, together with our Russian colleagues, to set an example of a responsible world power and play a leading role in bringing such a rapidly changing world onto a trajectory of sustainable and positive development.”

Beijing refused to join the international sanctions imposed on Moscow after the launch of its military operation in Ukraine in late February. Instead, the neighbors boosted cooperation and trade, with Russia becoming the top supplier of oil to China, among other things. (RT)