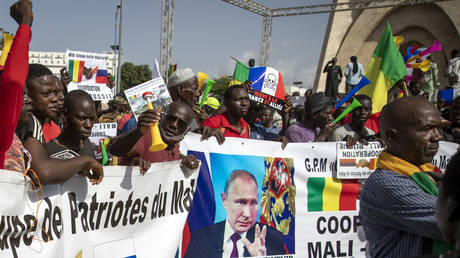 FILE PHOTO. Malians demonstrate against France and in support of Russia in Bamako, Mali. © AP

The attitude of France and other EU countries to Africa is “pure neo-colonialism,” Russia’s top diplomat has said FILE PHOTO. Malians demonstrate against France and in support of Russia in Bamako, Mali. © AP

France, as well as other European countries, have consistently demonstrated a “colonial mindset” when it comes to African nations, Russian Foreign Minister Sergey Lavrov has said. The top diplomat made the remarks on Friday during a joint press conference with his Malian counterpart, Abdoulaye Diop, after talks in Moscow.

Namely, Paris has repeatedly raised concerns over growing security cooperation between Bamako and Moscow, Lavrov said. During the talks, the Russian side reiterated its readiness to continue providing “complex support” to Bamako, including training Malian armed and security forces. 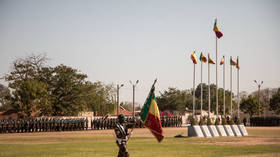 “Their dissatisfaction with the decision of the Malian authorities to seek help from foreign powers to provide protection and security is nothing more than the resurgence of a colonial mindset, which the Europeans should have gotten rid of long ago,” Lavrov said.

Other European nations have demonstrated a similar approach to Africa as well, he said, recalling a meeting with his French counterpart, Jean-Yves Le Drian, and EU foreign policy chief Josep Borrell on the sidelines of the UN General Assembly last September. (RT)