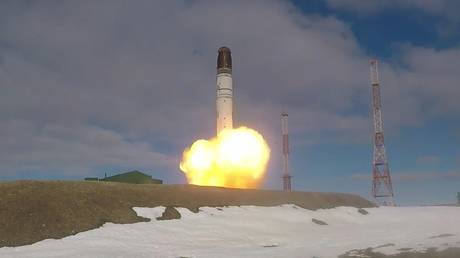 “Successful launches of the new heavy Sarmat missile system during state-run tests made it possible to begin work on its deployment,” Shoigu said.

In total, some 22 new strategic nuclear missile launchers, including the silo-based Sarmat, as well as the Avangard and Yars systems, are set to be deployed to the country’s Strategic Missile Forces (SMF) next year, the minister revealed.

Putin said that efforts would continue to improve the country’s SMF, adding that “the share of modern types of weapons in [Russia’s] strategic nuclear forces has exceeded 91% this year.” 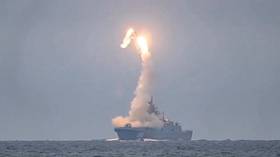 “We will continue to maintain and improve the combat-readiness of our nuclear triad. This is the main guarantee for preserving our sovereignty and territorial integrity, strategic parity, and the general balance of power in the world,” he stated.

The liquid-fueled heavy ICBM was first successfully test-launched back in April. The new system is ultimately set to replace the aging silo-based R-36M2 Voevoda missiles, the backbone of Russia’s strategic nuclear deterrence.

“The missile system Sarmat has a wide range of capabilities for deploying various types of combat payloads and is based on principles that assure guaranteed penetration of any anti-ballistic missile (ABM) system, both now and in the future,” Karakaev told the newspaper last week. (RT)