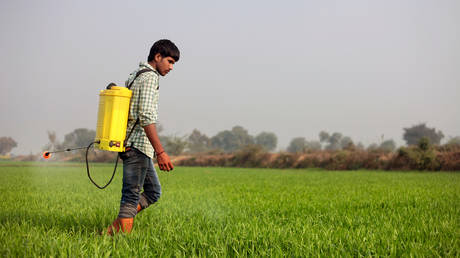 Russian exporters reportedly grabbed a 21% share of the Indian fertilizer market in the first half of the 2022/23 fiscal year, overtaking China, India’s previous largest supplier.

Russian exports reportedly surged 371%, to a record 2.15 million tons from April to October. In monetary terms, India’s imports over this period increased by 765%, to $1.6 billion.

The unnamed official said that India sometimes got discounts of over $70 per ton below global prices. He added that Russia had found a big buyer who could replace European nations that had been striving to cut themselves off from Russian supplies.

Russia’s share of Indian fertilizer imports was hovering around 6% during the last fiscal year, while China’s stood at 24%. In the first half of 2022/23, China’s exports to India halved to 1.78 million tons amid growing Russian supplies.

Global prices for fertilizers jumped in March after the US, the EU and allied states introduced sanctions against fertilizer supplies from Russia and Belarus. While Western countries have since backtracked on the ban, Russia has found new markets, mostly in Asia, for its exports.