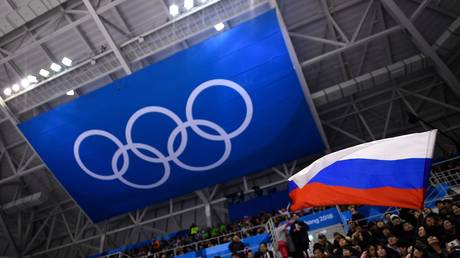 Russia has been handed a four-year ban from major sporting events, including the Olympics and football World Cup, after the Executive Committee of the World Anti-Doping Agency (WADA) approved sanctions on Monday.

The move comes after Russia is alleged to have manipulated data provided to WADA from a Moscow anti-doping laboratory in January.

The data was handed over as part of the reinstatement terms for RUSADA after a three-year exile over claims of state-sponsored doping, which Russia has consistently denied.

RUSADA was again declared non-compliant on Monday and will be suspended for a four-year period, meaning the Russian flag will not fly at the next two Olympic Games as the International Olympic Committee (IOC) is a signatory to the WADA Code. The Russian flag will also not be allowed at the next football World Cup in Qatar in 2022, should Russia qualify for the finals.

However, Russia appears set to avoid the ‘blanket ban’ called for in some quarters, as athletes not implicated in any doping accusations will be free to compete at events as neutrals.

Also on rt.com ‘Clean up your own house first!’ Olympic champion blasts USADA chief for calls to ban Russia

The fresh WADA sanctions, which will be announced later by outgoing president Craig Reedie, decreed that Russia would be banned from attending or hosting “major events” for the next four years.

It has already been reported that the UEFA European Championships – four games of which will be held in St. Petersburg – and the 2021 UEFA Champions League final, held in the same city, will be unaffected by the latest WADA measures as they are continental events.

Read more:   French writer: "We should stop dancing to Armenian pipe one day"

The Russian Foreign Ministry had said in the lead-up to WADA’s meeting in Switzerland that the claims against the country were yet another example of a politically motivated attempt to “squeeze Russia out of international sports.” (RT)