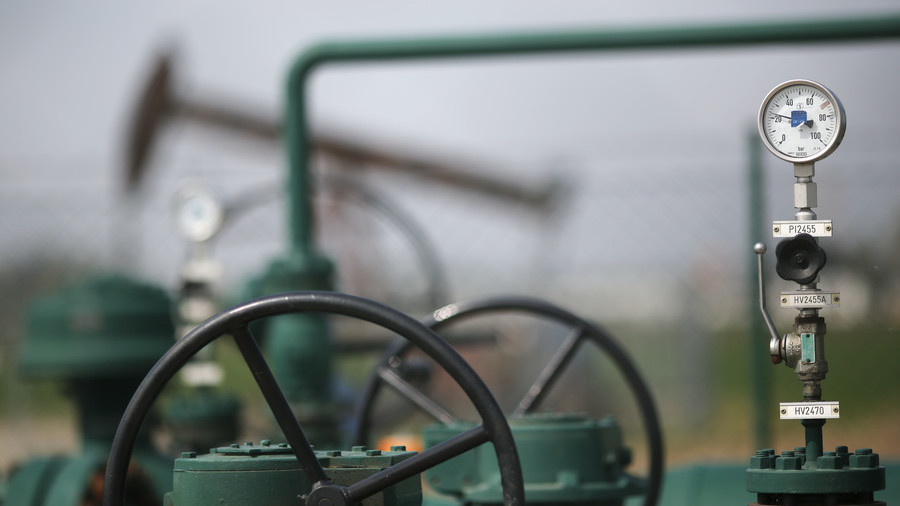 The Organization of the Petroleum Exporting Countries (OPEC) and major oil producers lead by Russia are expected to agree on Thursday on price-boosting output cuts. That’s despite US pressure on OPEC to reduce the cost of crude.

The 15-member organization of oil producing countries is meeting in Vienna and will then hold talks with allied non-OPEC partners on Friday.

“All of us, including Russia, agreed there is a need for a reduction,” Oman’s Oil Minister Mohammed bin Hamad Al-Rumhy told reporters after a ministerial committee meeting.

Also on rt.com OPEC’s worst nightmare? Iraq could be next to abandon oil cartel

He added that exact volumes were still being discussed. The cuts would take September or October 2018 as baseline figures and last from January to June.

The OPEC meeting comes at a time when the oil market is near the bottom of its worst price plunge since the 2008 financial crisis. Oil prices have dropped about 30 percent over the last two months, with the benchmark Brent crude trading more than three percent lower at $59.69 a barrel at around 10:29am (GMT) on Thursday. US West Texas Intermediate (WTI) was also down three percent at $51.33.

Read more:   How LinkedIn is looking to close the ever-growing skills gap

OPEC kingpin Saudi Arabia has been pushing the need to curb output by at least 1.3 million barrels per day, or 1.3 percent of global production. Riyadh wants Moscow to contribute at least 250,000-300,000 bpd to the cut, but Russia insists the amount should only be half of that, sources told Reuters.

OPEC and its allies were discussing the idea of reducing output next year by reverting to production quotas agreed in 2016, an OPEC source told TASS. Such a move would mean cutting production by more than one million bpd.

Saudi Arabia, Russia and the UAE have raised output since June after US President Donald Trump called for higher production to compensate for lower Iranian exports due to new US sanctions.

However, many have accused the US President of tricking Saudi Arabia. In order to lower oil prices, Trump allowed a number of countries to continue to buy Iranian crude.

Trump is publicly in favor of low oil prices and urged Riyadh, at OPEC’s final meeting of the calendar year, to drive crude futures even lower.

The US president tweeted on Wednesday: “Hopefully OPEC will be keeping oil flows as is, not restricted. The world does not want to see, or need, higher oil prices!”

Hopefully OPEC will be keeping oil flows as is, not restricted. The World does not want to see, or need, higher oil prices!