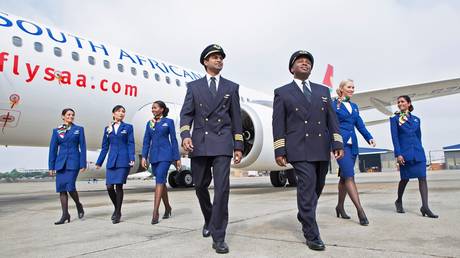 South African unions have joined forces to take on the Rothschild family, which they have accused of being involved in attempts to ‘capture’ the country’s State Owned Enterprises (SOEs).

According to the Citizen tabloid, the National Union of Metalworkers of South Africa and the South African Cabin Crew Association released a joint statement, claiming that the Rothschilds were “interfering” in SOEs for “selfish and greedy purposes.” The statement alleged that the wealthy family intended to collapse South African Airways (SAA) so it could be privatized.

NUMSA and SACCA are united in their demands. We want Vuyani Jarana to be reinstated.#SAAPicket#SAVESAA#SAVEOurSOEs@SAFTU_media@IOL@News24pic.twitter.com/1tFoDgUe6F

The Rothschild family is the most famous of all European banking dynasties; for some 200 years, it has had great influence on the economic and, indirectly, the political history of Europe. It also holds stakes in many businesses internationally. (RT)