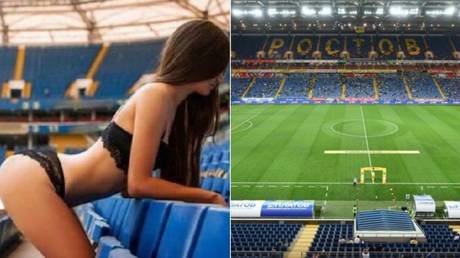 The row, involving semi-naked models who posed right on the field at the arena – which was one of the venues for the 2018 FIFA World Cup – erupted in September after revealing pictures from the photoshoot leaked online, causing an uproar on social media.

Also on rt.com ‘No idea how she got there’: Veteran Russian football manager baffled after stunner pops up on his Instagram account

It was later explained that a local company had requested to conduct an advertising photoshoot, saying its models would wear swimsuits while posing in the stands.

However, after obtaining official permission to take pictures inside the stadium, the company – whose name remains unknown – shot snaps not only in the stands but also right on the field, with the models donning figure-hugging lingerie instead of swimsuits.

The controversial photoshoot snowballed into a huge scandal after one of the pictures was shared online, with Rostov officials calling it “filth” and “pornography.” 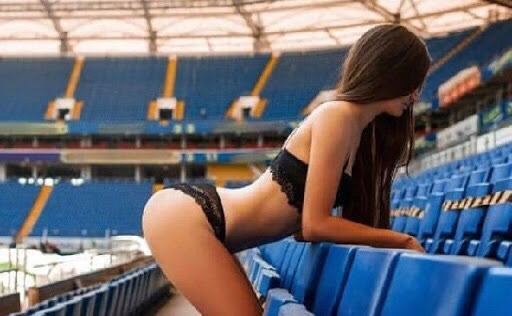 A commercial department manager who received a letter from the company and asked for approval to hold the photo session was immediately fired following the row.

Now, one month after the controversy, Rostov Arena Director Gavrikov, who allowed the shooting, has reportedly lost his job as well.

According to local sources, Gavrikov’s dismissal was linked to the “pornographic photo session at the stadium and a huge scandal after one of the pics leaked on social media despite the governor’s instructions to prevent provocative photos from going online.”

Also on rt.com ‘I couldn’t turn it down’: Blind Paralympian cover star admits ‘some were shocked’ after blazing a trail with topless Playboy pics

Joe Biden has named Anthony Blinken – an advocate for isolating Russia, cozying up to…

The German military has attacked a Turkish ship sailing in the eastern Mediterranean, Report says,…