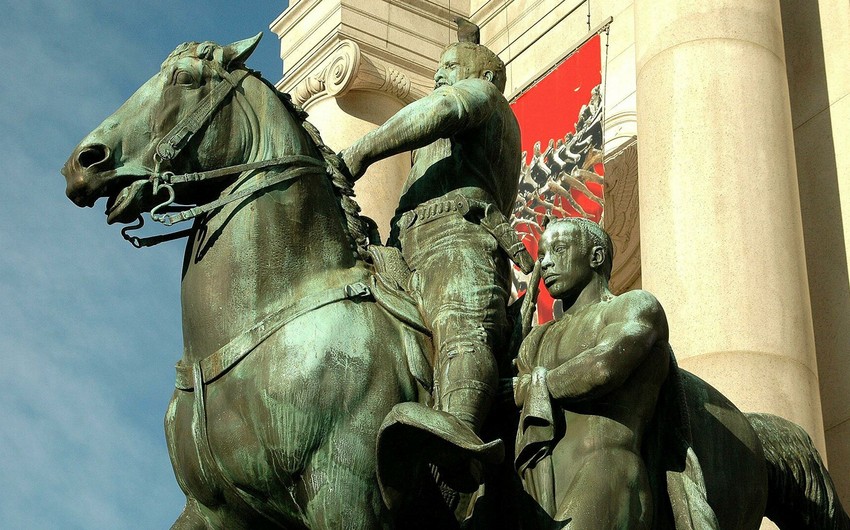 A statue of US President Theodore Roosevelt that sat in front of a New York museum for nearly 80 years was removed this week.

Report informs, citing CNN, that the museum first requested the statue be removed in June 2020, after the killing of George Floyd in Minneapolis and the global protests that followed.

A new home for the statue was announced last November: Medora, North Dakota, about two hours west of Bismarck, in the Theodore Roosevelt Presidential Library.