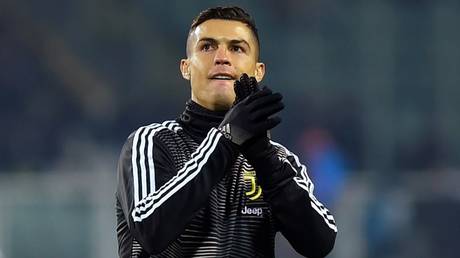 Cristiano Ronaldo has issued a statement from Portugal, where he is currently in quarantine after Juventus teammate Daniele Rugani tested positive for Covid-19.

Italian defender Rugani, 25, became the highest-profile name in football to contract the virus when the news of his positive test emerged earlier this week.

Other big names including Arsenal manager Mikel Arteta and Chelsea winger Callum Hudson-Odoi have since been confirmed as contracting the virus, which continues to ravage Europe in particular.

Rugani’s Juventus teammates are currently all in self-isolation, with more than 100 people in the Juventus organization as a whole also in quarantine.

That includes star forward Ronaldo, who had returned to his homeland to visit his mother this week after she continues her recovery from a stroke.

Ronaldo will remain in the country to self-isolate, rather than return to Italy, it is reported.

In his first message from quarantine, the 35-year-old urged his millions of followers to stick to advice issued by the World Health Organization (WHO), also offering his thoughts to those affected by the pandemic.

“The world is going through a very difficult moment which demands the utmost care and attention from all of us,” the message read.

“I speak to you not today as a football player, but as a son, father, a human being concerned with the latest developments that is affecting the whole world.

He then urged people to follow the advice of the WHO and other governing bodies, before stating that “protecting human life must come above any other interests.”

“I would like to send my thoughts to everyone who has lost someone close to them, my solidarity to those who are fighting the virus, like my teammate Daniel Rugani, and my continued support to the amazing health professionals putting their own lives at risk to help save others,” he added.

The footballer also shared a link to the WHO website where there are basic tips on how to protect yourself against the coronavirus.

Major leagues and sporting events have been suspended across the world as a result of the outbreak, which has infected more than 120,000 people and claimed upwards of 5,000 lives.

The suspensions include the Italian Serie A, which is on hold until at least April 3. (RT)