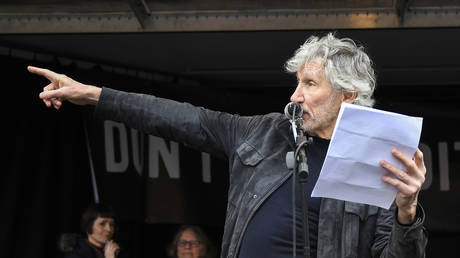 Pink Floyd co-founder Roger Waters has penned a blunt open letter to Russian President Vladimir Putin, seeking guarantees that Russia will not expand beyond the Donbass and Crimea and will never “invade anyone ever again.” Posted to Facebook on Monday, the missive follows similarly frank open letters to Ukrainian First Lady Elena Zelenskaya.

In the letter, Waters asks Putin to affirm he wants an end to the war – something the Russian president has already said on other occasions. He also demands a guarantee that Russia’s “territorial interest” stops at the “security of the Russian speaking populations” of Crimea and the Donbass republics of Donetsk and Lugansk, citing the need to reassure “some people who think you want to overrun the whole of Europe, starting with Poland and the rest of the Baltic states.”

If Russia does have territorial ambitions beyond eastern Ukraine, Waters writes, “f*** you, and we might as well all stop playing the desperately dangerous game of nuclear chicken that the hawks on both sides of the Atlantic feel so comfortable with, and have at it.” 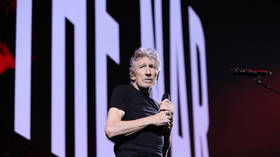 It wasn’t immediately clear if the referendums in the Kherson and Zaporozhye regions on joining Russia qualified for this response.

Moscow would also have to promise “not to invade anyone ever again,” Waters told Putin, complaining the launch of Russia’s special military operation in February was not just a “heinous war of aggression,” but an unexpected one to boot. Just because NATO and the US get to “invade other sovereign countries at the drop of a hat, or for a few barrels of oil,” doesn’t mean Russia shouldn’t hold itself to a higher standard, he explained.

“If you were to reply to me,” Waters wrote to Putin, “I would mightily respect you for it, and take it as an honorable move in the right direction towards a sustainable peace.” 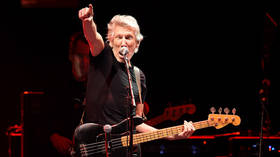 The progressive rock guitarist’s appeal to Putin followed his previous open letters to Ukrainian President Vladimir Zelensky’s wife Elena, in which he urged the Ukrainian First Lady to “demand the implementation of your husband’s election promises and put an end to this deadly war,” a reference to Zelensky’s campaign pledge to “end the civil war” in Donbass. He told Zelenskaya she was “tragically mistaken” in her belief that western “support for Ukraine” – namely the continued supply of weapons – would shorten the conflict.

Zelenskaya responded to the musician earlier this month on Twitter, blaming Russia for “invading” Ukraine, “destroy[ing] cities and kill[ing] civilians.” She insisted that if Ukraine stops fighting it will mean the end of its existence, and urged Waters to address his peace appeals to the Russian president instead. (RT)