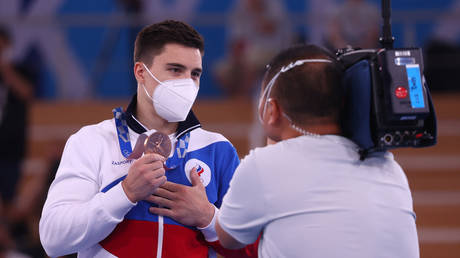 Nagorny shows the bronze medal he won in Tokyo. © Reuters

Three-time world champion Nikita Nagornyy has “apologized” for winning bronze for the Russian Olympic Committee (ROC) team at the Tokyo Olympics, saying he feels “ashamed” after being edged out by his rivals.

Nagornyy, 24, was part of the ROC team that won a historic gold medal in the artistic team event earlier this week but was unable to repeat that feat in the individual all-round competition at the Ariake Gymnastics Center on Wednesday.

The Rostov-born star managed a total of 88.031 points, putting him behind Japan’s Daiki Hashimoto and Xiao Ruoteng of China, who finished with scores of 88.465 and 88.065 points respectively. 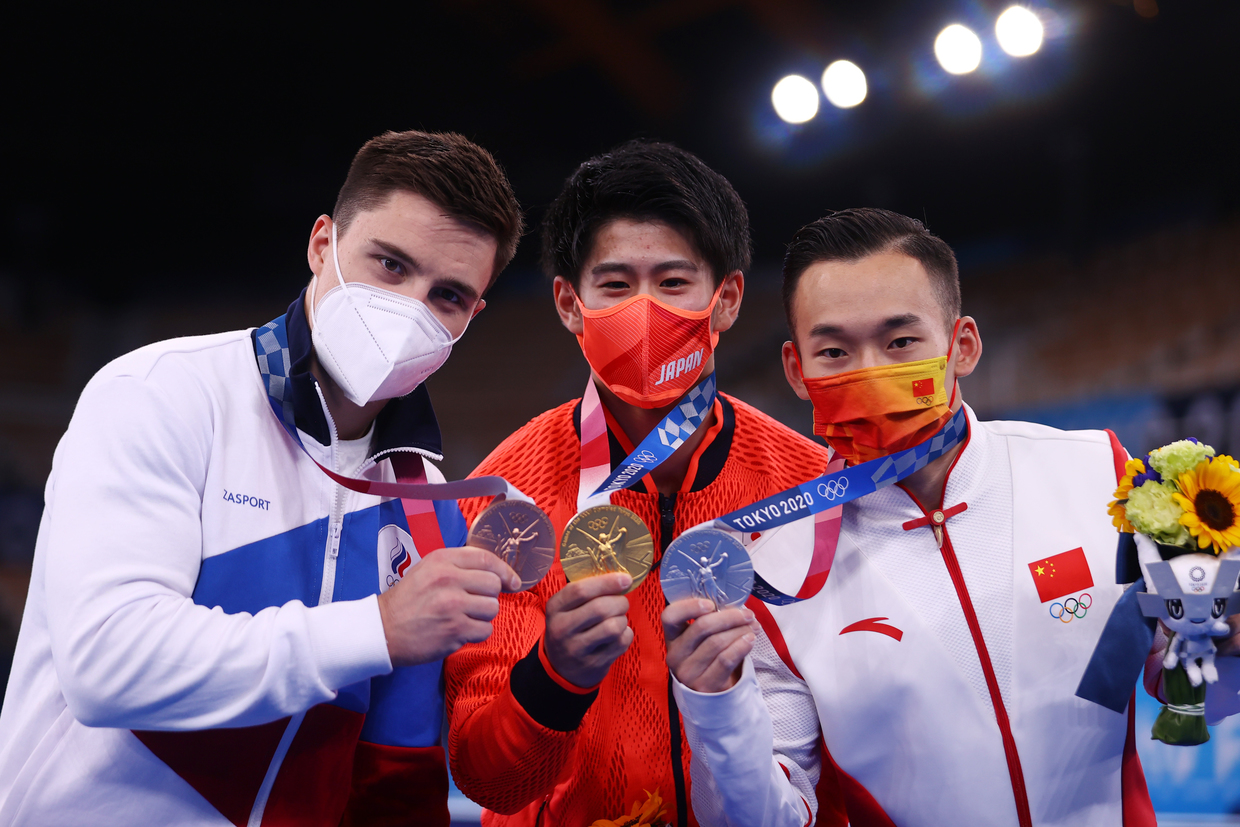 Despite picking up a first individual Olympic medal, Nagornyy was left disappointed.

“I apologize, I feel very ashamed. Hopefully further – [there will be] more,” the gymnast was quoted by TASS as saying.

“I wanted to thank everyone for their support, congratulations to the young favorite, who took first place,” added Nagornyy, praising 19-year-old Japanese gold medalist Hashimoto.

“I was rooting for him, I’ll admit it. I went up to the bar, said [to him] that everything will work out. He is young and promising, he proved himself before.

“Unfortunately, I couldn’t give my best 100%, why it happened, I’ll try to understand in my head.” 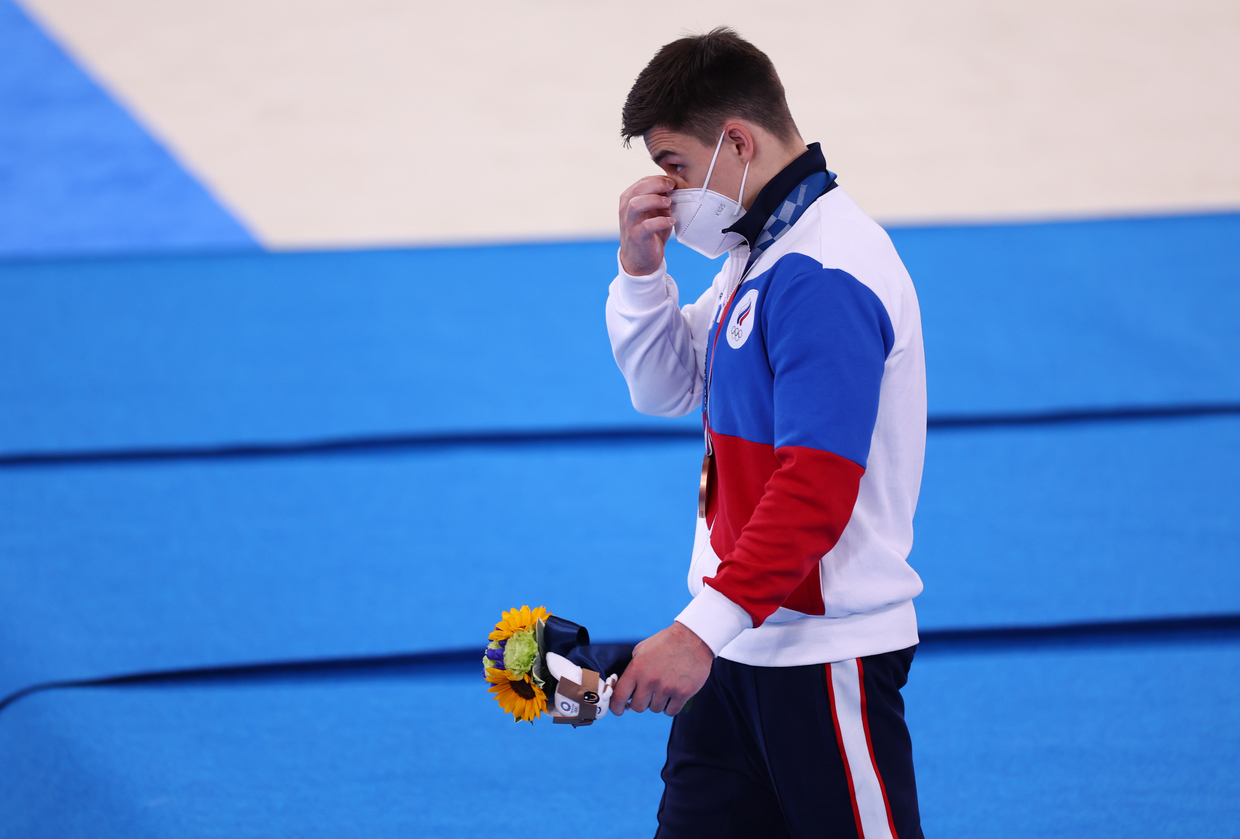 Nagornyy appeared frustrated at himself at times during Wednesday’s competition, especially after the horizontal bars.