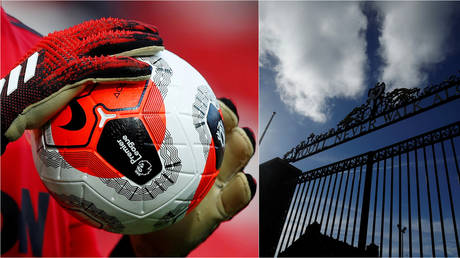 The Premier League, La Liga, Serie A and other football leagues are about to restart © Reuters

The Premier League, La Liga and Serie A will all soon try to end their seasons. But with minimal precedents for guidance, their comebacks are fraught with concerns, from player and staff welfare to stadium safety and lost revenue.

When the players at Austrian team LASK held their first full training session for almost two months in mid-May, they might not have expected their attempt to return to fitness to provide their worst result since they lost 5-0 at home to Manchester United in their empty stadium in their final match before their fixtures were halted.

Salzburg – then second in the table – claimed they were “shocked and stunned” by their rivals’ refusal to observe strict government social distancing rules, and a subsequent inquiry has led to their chief decriers leapfrogging LASK in the Austrian Bundesliga after they were deducted six points.

Also on rt.com ‘Disinfecting their balls at half-time’: Germany kicks football into life after coronavirus lockdown – and it’s all a bit weird…

Yet the level of paranoia that led to LASK being caught out – spies installed secret cameras at the training ground to catch them, and the club has now been fined $83,000 fine for enabling players to apply physicality mere days before the guidelines for football clubs were eased – demonstrates how high tensions are ahead of the return of leagues across Europe.

Training grounds, some of which were effectively acting as gyms for players on an individual basis earlier this month, have now taken on a surreal, ghostly quality thanks to an array of protocols in place to maximize player safety, ranging from not using the surrounding facilities to taking their kits back to their carefully distanced cars and washing them at home.

Even with players signing stringent health and safety agreements that some have claimed feel like “signing their lives away” for the sake of fixtures restarting, there are no guarantees. Goalkeeper Aaron Ramsdale thought his occasional supermarket shops might have been the cause of a positive test result that left him baffled at Bournemouth, but defender Adrian Mariappa, of Watford, didn’t even have that as a potential reason for his diagnosis, pointing out that he had his groceries delivered as part of a subdued lifestyle based around homeschooling his kids.

Ramsdale’s coach, Eddie Howe, admitted to anxiety after learning about the result, adding that “everyone feels very vulnerable”. Mariappa’s boss, Nigel Pearson, articulated the fear even more explicitly. “God forbid we have a fatality,” he said. “People are closing their eyes to the threat.”

Also on rt.com Keep your distance! Liverpool target Timo Werner bags Bundesliga hat-trick – but teammate gets too close for comfort

Pearson’s captain, Troy Deeney, has refused to return to the full contact training that was unanimously voted for by Premier League clubs, arguing that he will not put his family – some of whom have existing conditions – at risk. You can understand why players have genuine misgivings, just as it’s not unreasonable to suggest that the statistics – four out of the 1,008 tests carried out in the Premier League this week produced positive tests – justified the decision to resume action with immense caution.

As much as the glimmer of a return for football is tantalizing, the idea of obligating athletes to risk catching a potentially grim disease is unpalatable, not least after they’ve learned that 26-year-old Juventus forward Paulo Dybala struggled to breathe with it and Leicester manager Brendan Rodgers compared his sickness to the climb he once made up Mount Kilimanjaro as a fit-and-healthy middle-aged man.

Also on rt.com ‘My face says it all’: Paulo Dybala FINALLY tests negative for Covid-19 after weeks of battling to break free of coronavirus

Some clubs at risk of relegation have even been accused of exaggerating their concerns in order to avoid the season being played to an unwanted end, which is fanciful but acknowledges the increased unlikeliness of surprises in the remaining games, lacking as they are the extra edge that home fans can provide when grander clubs come to town.

Those empty stadiums are also at the center of the debate. Pearson chillingly reflected that the death toll in England could fill his club’s home ground of Vicarage Road twice over, and there will be no return to the kind of packed houses in mid-March that have since been linked to outbreaks of the virus and deaths.

Fears remain, though, that fans will congregate in large groups around stadiums in similar scenes to the ones that saw Borussia Monchengladbach and Paris Saint-Germain fans gather outside their grounds when their matches were played behind closed doors in March, some of whom brought flares for the occasion.

The dilemma was perhaps encapsulated best in Germany, where fans protested online against ground closures while Bundesliga president Christian Seifert, who had warned that clubs might have struggled to remain afloat had the season not resumed this month, was forced to appeal to the less cynical side of “doomsayers” convinced fans would not be able to resist making their way to stadiums.

Also on rt.com Not cut out for it: 12,000 cardboard fans fail to spur German team on to victory

No matter how brainless that idea might seem, it would be equally foolish to discount the idea of, say, several hundred Liverpool fans visiting Anfield to celebrate the club completing its first title win in 30 years, especially in a country where clear political guidance around social distancing has become non-existent.

Read more:   All orcas & belugas from Russian 'whale prison' will return to the wild – governor

Rumors have emerged that six of the remaining 92 fixtures have been identified as games to take place in neutral venues, which seems an unlikely way of effectively dealing with the problem and has already been dismissed by local police in Liverpool, who claim they are confident of warding off any problems. 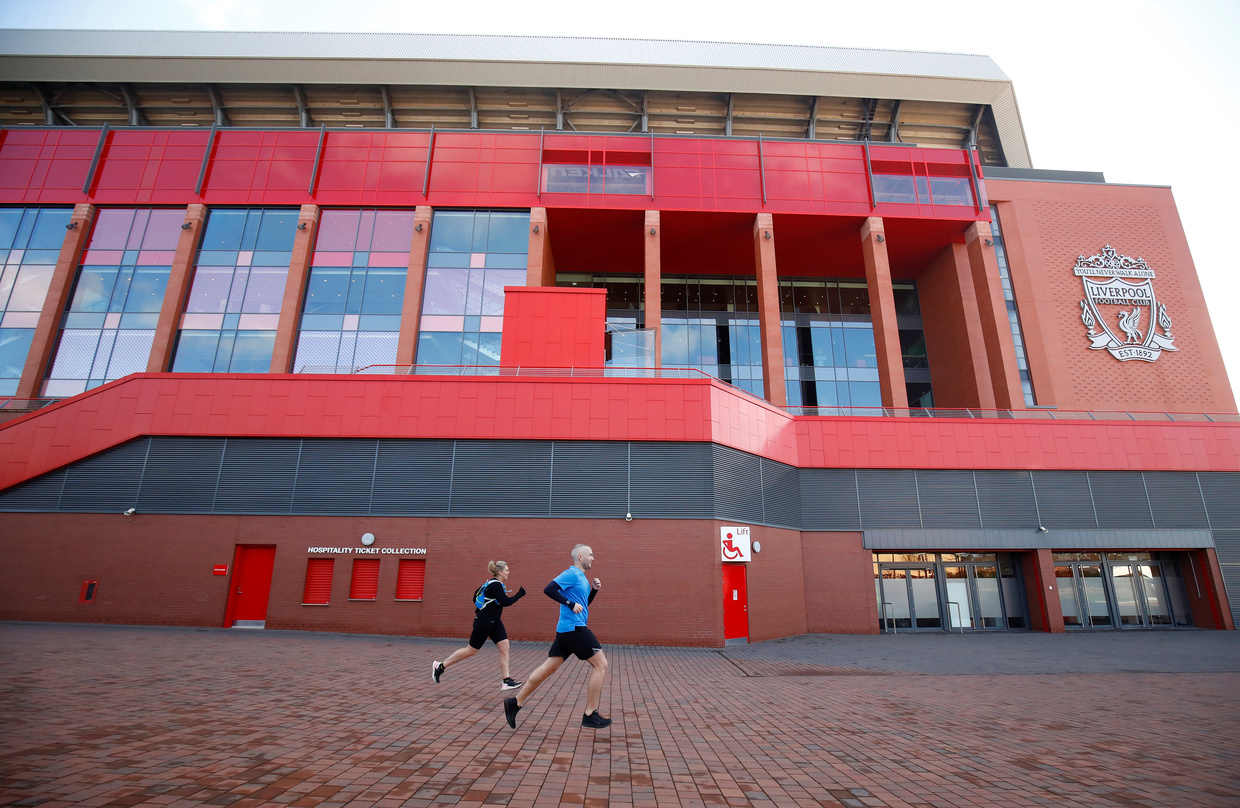 In Denmark, meanwhile, fans are being positively encouraged to visit the home of imminent title winners Midtjylland, where the world’s first drive-in football match will be held outside the club’s MCH Arena as part of a “carnival day” on Monday.

If that’s a concept that seems improbable for clubs in the major leagues around the continent, it does suggest the kind of creative thinking that could lessen the worries – virtual experiences and the availability of all of the remaining matches online and on television seem like a good starting points on the way to bridging the sense of disconnect.

Also on rt.com Bundesliga bounces back but Premier League remains mired in uncertainty – there’s a confused state of play in European football

All we can really go on so far is the information from Germany. With neutral venues barely discussed, fans have stayed away from stadiums, and there have been no reports of infections increasing at clubs yet.

The situation at second-tier Dynamo Dresden remains a cautionary one. Four players have tested positive so far in a situation which could be disastrous for any club if it was mirrored across their first team, depriving them of those players for at least seven days’ quarantine.

As with almost everything that has happened since March, these resumptions require steps into the unknown and a communal leap of faith. Domestic summer football is an experiment in more ways than one.

Trump says THIRD meeting with Kim Jong-un would ‘probably’ be helpful, but Pyongyang is less enthusiastic

Donald Trump, who claims to have established a personal rapport with North Korean leader Kim…

Microsoft sues to stop Covid-19 scammers from attacking its customers

Austria is issuing travel warnings for Romania, Moldova, and Bulgaria because of the worsening coronavirus…