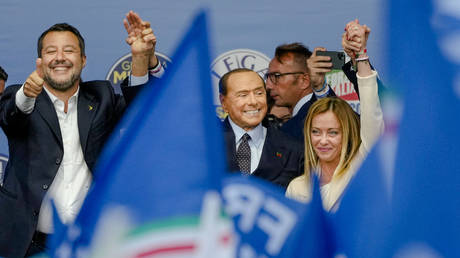 Europe’s far-right scored another victory this week as Italy’s Giorgia Meloni and her party, Brothers of Italy, won big in the country’s general election. It marks the first time since 1948, when Italy’s anti-fascist constitution came into force, that a party with fascist roots has come to power in the southern European country.

This follows a similar pattern that happened in Sweden two weeks ago, when that country’s far-right claimed a significant electoral victory. Seen as a beacon of liberal social democracy in places like the United States, Sweden will now be ruled by once-fringe populist rightists.

We can even see this emerging in historical Eastern Europe, as the latest local elections over the weekend in the Czech Republic saw modest advances for the country’s populist opposition. Led primarily by billionaire former prime minister Andrej Babis and his party, ANO, this is by no means a win for the ideological right – but it does show resentment for the prevailing center-right establishment that’s in power. 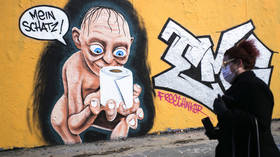 Europe’s political direction, as evidenced by these elections, reveals several interesting things. Mainly, that people are pessimistic about the future, that the contradictions of European democracy are in for a serious test, and that populist movements in Europe are tolerated by the United States as long as they follow the prevailing foreign policy consensus.

On the first point, we can see that people are worried about the future, which is then funneling them to anti-establishment political movements. At the beginning of this month, an estimated 70,000 Czechs took to the streets to protest against the rising cost of living. The organizers of the demonstration were explicitly anti-EU, anti-NATO, and in favor of negotiating directly with Russian gas suppliers, for example, but the people in attendance were largely not united by any common ideology or concrete policy.

In the Czech Republic, general precarity with working and living conditions has translated to gains for populist movements all across the spectrum. The municipal elections over the week show this, and polls show that next year’s presidential election will follow a similar trend. The same can be said for virtually every European country, as people become more desperate and disillusioned. The Italian and Swedish far-right campaigned on this exact same sentiment and fears over unaffordable living costs.

At the same time, Brussels is gravely concerned about the rise of populism in Europe and apparently has tools to remedy the situation. Speaking two days ahead of Italy’s election, European Commission President Ursula von der Leyen commented on the prospect of a Meloni-Salvini government. Her words were telling. 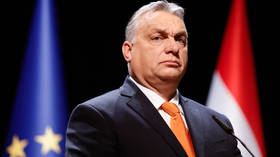 “If things go in the difficult direction in Italy… I have spoken about Hungary and Poland earlier. The European Commission has the tools needed,” she said at Princeton University in the United States.

This implies a serious contradiction, as an unelected bureaucrat in Brussels is talking about using its power, somehow, to undermine the electoral results of a sovereign EU nation. Indeed, as von der Leyen mentioned, the EU has run up against serious challengers in Poland and Hungary particularly.

Brussels has been at odds with Warsaw and Budapest over what EU officials have described as policies by their ruling far-right governments that threaten democracy and the rule of law. EU Commissioner of Economy Paolo Gentiloni said last year that Poland’s judicial policies “breached the general principles of autonomy, primacy, effectiveness and uniform application of Union law and the binding rulings of the Court of Justice.”

Meanwhile, the ire against Hungary has been even more pronounced. In a report issued this month, the European Parliament said that Hungary has become an “electoral autocracy” and can no longer be considered a full democracy, also claiming that European values are under systemic threat in the country. The Central European country has also been a notable holdout in the EU regarding sanctions on Russia, securing its own deals with Russian energy suppliers despite bloc-wide disdain for Moscow. 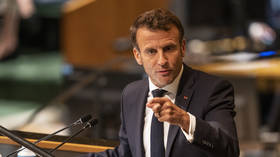 EU leaders have forgotten about something kind of important

That leads to another point, which is that the shot-callers in Washington have been relatively calm over the electoral results in Italy (and Sweden) because these far-right movements have not hit out against the standard Western foreign policy line. Meanwhile, Hungary was the only EU country not invited to the White House’s Summit of the Democracies in December.

So for Washington, not all fascism is the same. A political party can whip up hatred against immigrants, invoke Christian supremacist ideology and even be out-and-out apologists for WWII war criminals. But as long as they abide by the pro-NATO line (or join the group, as in the case of Sweden), it’s all good. The latest report from Politico’s EU bureau on the White House’s reaction to the Italian election makes that extremely clear.

Just note the US administration’s response when pressed. White House Press Secretary Karine Jean-Pierre said on Monday that “[Italy is] a NATO ally, as you know, a G7 partner and member of the EU, so we will work with the new Italian government on the full range of shared global challenges, including supporting Ukraine as they defend themselves against Russia’s aggression.”

As long as Italy’s new government sticks to the Western consensus on Ukraine, they won’t have any problems from ol’ Uncle Sam.