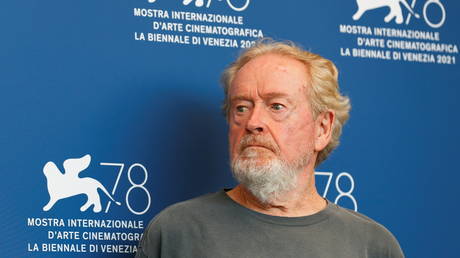 When a notable Russian film critic complimented Sir Ridley Scott’s ‘Last Duel’ as “more realistic” than two of his previous historical epics, the grouchy filmmaker responded with a string of expletives.

“Sir, f**k you, f**k you, thank you very much, f**k you. Go f**k yourself, go on, sir, go on,” was Scott’s response to Anton Dolin, when the Russian cinema critic said that ‘The Last Due’ looked “more realistic” than Scott’s previous medieval oeuvre, specifically the crusader epic ‘Kingdom of Heaven’ (2005) or ‘Robin Hood’ (2010).

Scott had previously explained that he was trying to “don’t let art get in the way of the story” and “smother” the narrative with good-looking imagery, in adapting the tale of a trial by combat in medieval France.

In ‘The Last Duel’ told the story from the perspective of both the knights as well as the lady they fought over, with Scott explicitly saying her version of events was the truth. The #MeToo-tinged film with a $100-million budget failed to impress at the box office, however, earning just under $11 million domestically and less than $19 million worldwide. (RT)