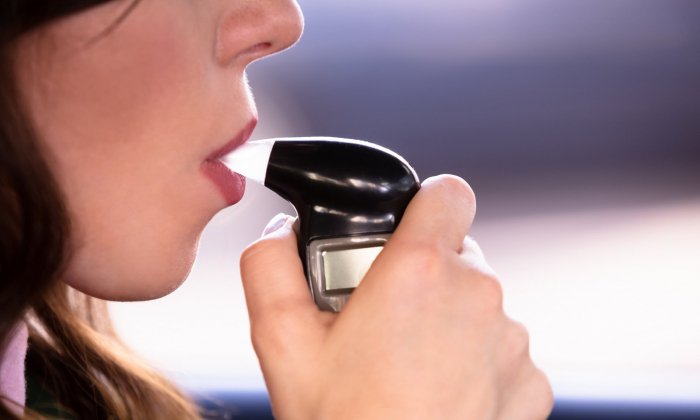 A breath test for cancer could be in use within two years as a revolutionary new technology begins trials in Britain.

The equipment, based on high-grade military bomb detectors, is said to provide an accurate diagnosis at a GP’s surgery within seven minutes.

The first human trials take place this autumn at two NHS hospitals and two in the US and will involve hundreds of patients.

The test will first target lung cancer, but experts say it will be able to identify as many as 400 diseases, including a large range of cancers plus TB, Ebola and some forms of dementia.

Previous devices could detect the “biomarkers” for diseases only if they were present in large quantities.

The test uses artificial intelligence to give an on-the-spot reading, with diagnosis in as little as seven minutes.

The technology has worked in lab tests and if the human trials are successful, scientists at Ancon Medical, which is behind the technology, say the kits could be in use within two years.

In the test patients breathe through a mouthpiece for a minute and a breath analysis is transmitted to a central supercomputer.

Dr Kenny Livingstone, founder of Zoomdoc, which provides instant access to doctors who has examined the technology said: “This is revolutionary.

“The potential is huge and will be a game changer for patients many of whom wait weeks for investigations and scans which can themselves be hard to interpret.”

During the test patients breathe through a mouthpiece for one minute and their breath is “read” by equipment the size of a microwave.

This information is in turn transmitted to a supercomputer based at its headquarters at the Canterbury Innovation Centre, Kent, where scientists developed the equipment based on next generation ministry of defence and US military bomb detecting kit.

The computer uses AI technology to interpret the disease biomarkers per individual molecule.

It can also adapt its interpretations in real time allowing it to pick up signs that cancers are mutating.

Dr Glyn Hiatt-Gipson, who has helped develop the technology said: “This is powered by AI so is constantly evolving as cancer mutates. It involves one minute of breathing with a result in seven to ten minutes.

“My vision is that within a decade patients will be able to breath into this mouthpiece and using this equipment doctors will be able to diagnose as many as 400 different diseases in just one breath.”

Scientists have so far identified around 200 biomarkers for different diseases.