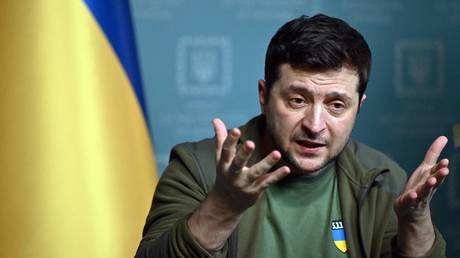 Ukraine is unable to fully restore the national energy system, which has been degraded by Russian missile strikes, President Vladimir Zelensky has said, urging his citizens to cope with the situation.

Ukrainians should not forget “that it is now impossible to restore 100% of the energy system as it was before” Russian forces started attacking the infrastructure, the Ukrainian leader said in a video address on Wednesday evening.

“We need time. This is why shutdown schedules remain in most cities and regions,” he added.

Read more:   Trump impeached: 'The most dangerous man to occupy the Oval Office'

Russian President Vladimir Putin stated at the time that the bombing was the latest in a series of Ukrainian terrorist acts targeting crucial Russian infrastructure, and that his government would be justified in widening the scope of its military operation in response.

The Ukrainian government has urged citizens to reduce electricity consumption and has introduced rolling blackouts to keep the energy system operational. Prime Minister Denis Shmygal said in mid-November that roughly half of the national grid had been disabled by Russian strikes. (RT)