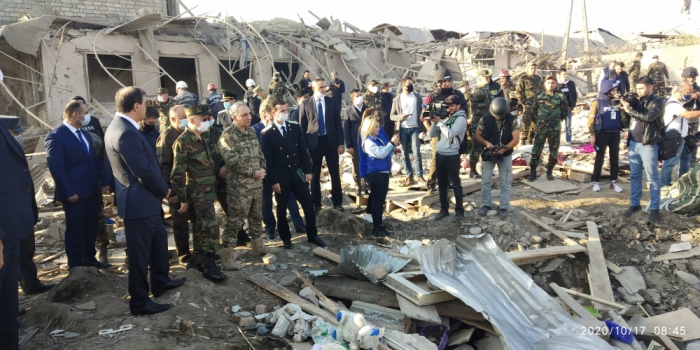 Armenian military and political leadership fired another missile at Ganja. We observe that as long as the Armenian army is defeated in the frontline, it intensifies its firing on the civilian population out of desperation”, said Prosecutor General Kamran Aliyev, who is on a visit to Ganja.

He said that the rocket attack against the civilian population showed the helplessness of the enemy.

“As soon as they feel the beginning of the end, they become more aggressive. They want to create panic among the civilian population, which is a failed attempt”, he said.