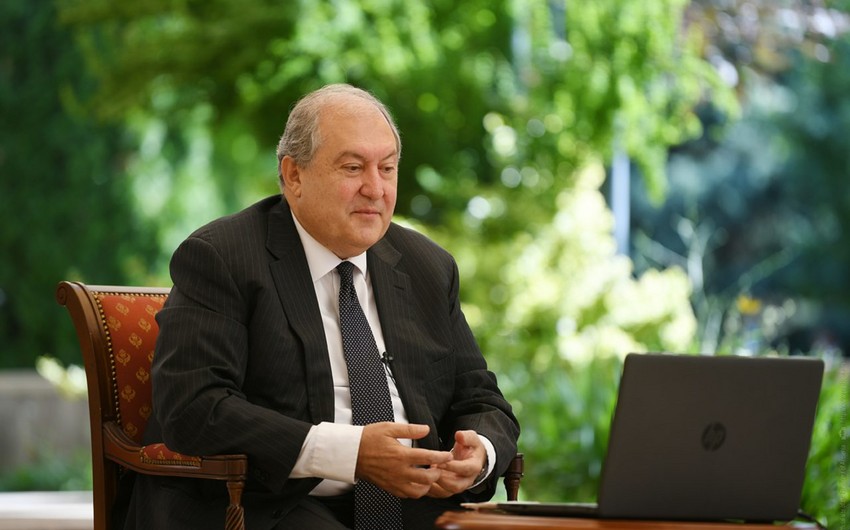 Armen Sarkissian has finally resigned from the post of the Armenian president, albeit belatedly. Who is he? Which political force did he represent? Has Sarkissian committed a crime with dual citizenship? How was his relationship with Prime Minister Nikol Pashinyan? Did Armen Sarkissian behave like the president of Armenia or as a businessman?

Armen Sarkissian, 68, was elected president by secret ballot in parliament on March 2, 2018. At that time, under the new constitution, former Armenian President Serzh Sargsyan changed the presidential chair to the post of prime minister. He is considered a member of a political force represented by Serzh Sargsyan or Robert Kocharyan. This manifested itself in the next stage of events.

Armen Sarkissian is a businessman. He enjoyed extensive trade relations with Arab countries, including the United Arab Emirates (UAE). He paid a working visit to the United Arab Emirates two days before quitting his post. During the visit, he held talks with UAE’s leading energy company Masdar. He met with the company’s director Mohammad Jamil Al-Ramah. He also discussed a number of issues with Khaldoon Khalifa Al Mubarak, director-general of Mubadala Investment Company, a well-known wind energy company. Armen Sarkissian’s resignation after his visit to Dubai suggests that his talks mainly focused on his private business in the UAE. No bilateral documents have been signed as a result of the talks. Or he has no authority to sign such a document. In this regard, Sarkissian’s visit to the UAE can be characterized as a visit by a businessman. The fact that he resigned after returning from a trip there can confirm this. It turns out that Sarkissian resigned after putting his own business in order. 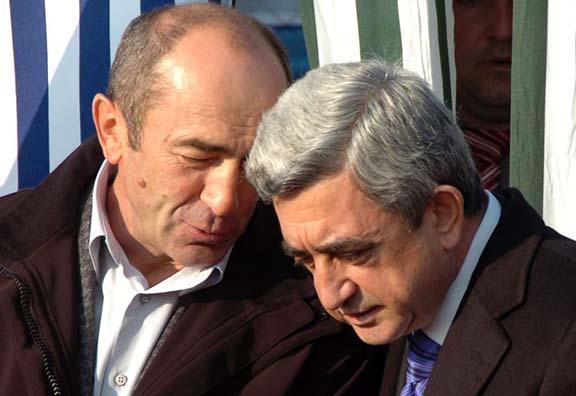 Read more:   Beijing condemns G7's meddling on Taiwan, after group's statement in support of its independence

By the way, Sarkissian chaired the global energy council of the Davos World Economic Forum. He was a consultant for energy and technology companies such as Alcatel, Lucent, British Petroleum, Merrill Lynch, and Bank of America. He is the owner of Knightsbridge Group. He has extensive ties with European countries, Russia, China, Mongolia, India, and Kazakhstan.

In March 2021, 53 lawyers submitted a report to the prosecutor’s office for concealment of Sarkissian’s dual citizenship. It was stated that Armen Sarkissian was a citizen of the United Kingdom for at least 10 years from 2003 to 2012, and was elected the Armenian president on March 2, 2018, although Armenia rejected his application for citizenship for the last six years. Had the UK revoked his citizenship until March 1, 2012, he could have been elected president. According to reports, his family members still live in Britain. It turns out that he served as Armenia’s ambassador to the country of his citizenship. Many of them were shed light on during the change of the government in April 2018. 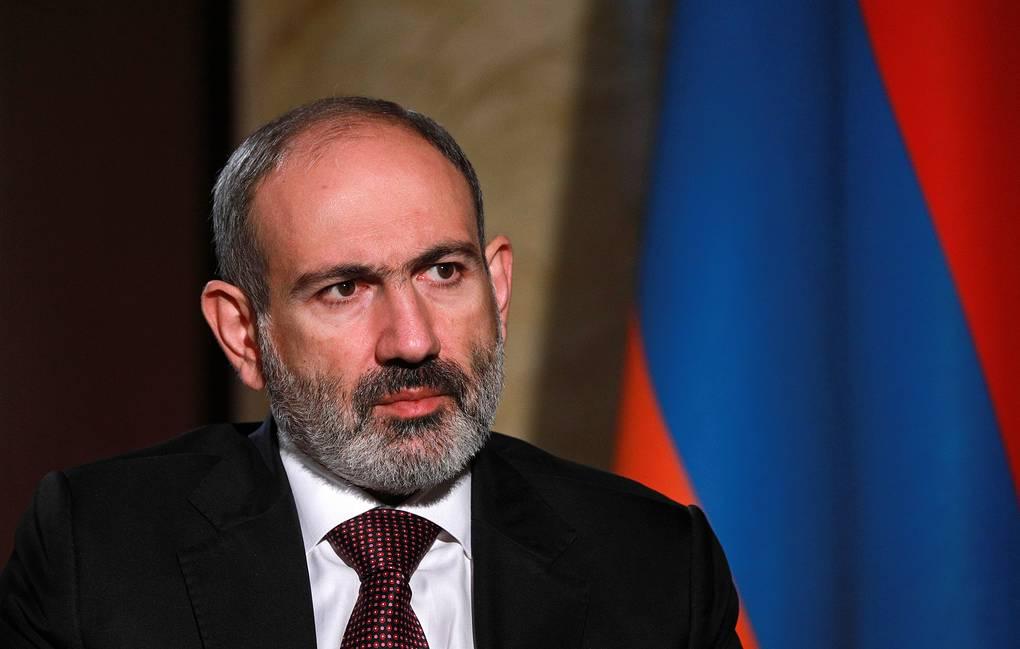 Armen Sarkissian managed to hide himself during the early period of Pashinyan’s rule. However, once Robert Kocharyan was released from prison and started his political activities, Armen Sarkissian did not conceal himself. He opposed Armenia’s new constitution, which was adopted by popular vote in 2015, and demanded that his country return to presidential rule and change the existing constitution. Speaking as an opposition representative, he said: “With the current constitution, Armenia is neither a presidential nor a parliamentary republic. It emerged that the people have great power, but no responsibility.” Moreover, in the confrontation between Nikol Pashinyan and the generals, he defended the latter. Sarkissian demanded the resignation of the prime minister. He appealed to the Constitutional Court to consider a motion by Prime Minister Nikol Pashinyan to dismiss former Chief of the General Staff of the Armed Forces, Colonel-General Onik Gasparyan. On June 20, 2021, early parliamentary elections were held in Armenia. In order to prevent the conduct of the parliamentary elections, Armen Sarkissian refused to sign the document, adopted by the parliament on April 2, 2021, on amendments and addenda to the constitution to change the Election Code of the Republic of Armenia. He refused to sign draft amendments by Nikol Pashinyan to the Judicial Code and sent the document to the Constitutional Court. It should be noted that both documents were adopted by parliament. Speaking about the 44-day war, Armen Sarkissian only criticized the current government, without noting that the Armenian army was formed under previous presidents and they also bear responsibility: “Responsible people must discuss why we did not win the war. There are responsible people who have to analyze the causes of the war and our defeat.” 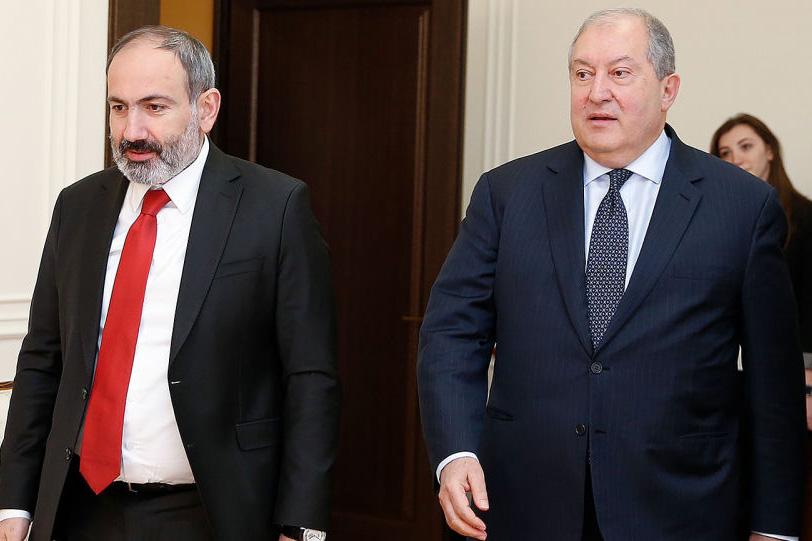 In conformity with the Armenian constitution, current Parliament Speaker Alen Simonyan is the acting president, and Deputy Speaker Akob Arshakyan is the acting speaker. Armen Sarkissian can withdraw his resignation letter within a week from the date of his resignation. Under the Armenian constitution, in this case, early presidential elections must be held no later than 35 days after 25 days. Under the constitution, a person, who speaks Armenian, has lived in Armenia for the recent 6 years and is a citizen of the country, can be elected president. The Armenian president cannot hold any other posts or engage in entrepreneurial activity. The president is elected if 3/4 of the deputies vote for a candidate. If the president is not elected in the first round, the second round is held. In this case, all the presidential candidates run for the presidency, and the president is elected if 3/5 of the parliamentarians vote. If no president is elected in the second round, the two candidates with the most votes are allowed to proceed to the next stage. The one who gets the most votes becomes the country’s president for 7 years.