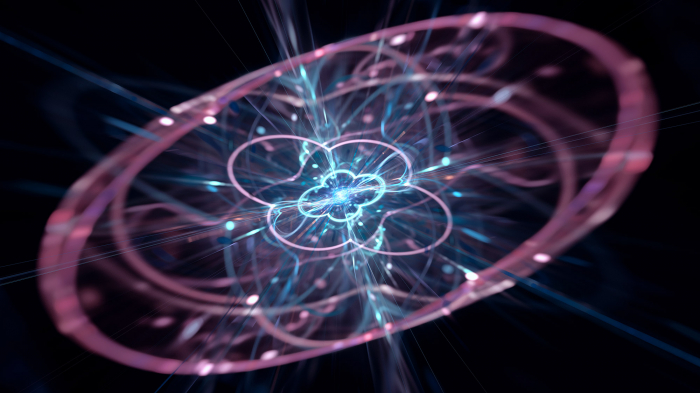 Researchers at the University of the Witwatersrand in Johannesburg, South Africa, have demonstrated a record-setting quantum protocol for sharing a secret amongst many parties.

The team created an 11-dimensional quantum state and used it to share a secret amongst 10 parties. By using quantum tricks, the secret can only be unlocked if the parties trust one another. The work sets a new record for the dimension of the state (which impacts on how big the secret can be) and the number of parties with whom it is shared and is an important step towards distributing information securely across many nodes in a quantum network.

Laser & Photonics Reviews published online the research by the Wits team led by Professor Andrew Forbes from the School of Physics at Wits University. In their paper titled: Experimental Demonstration of 11-Dimensional 10-Party Quantum Secret Sharing, the Wits team beat all prior records to share a quantum secret.

“In traditional secure quantum communication, information is sent securely from one party to another, often named Alice and Bob. In the language of networks, this would be considered peer-to-peer communication and by definition has only the two nodes: sender and receiver,” says Forbes.

“Anyone who has sent an email will know that often information must be sent to several people: one sender and many receiving parties. Traditional quantum communication such as quantum key distribution (QKD) does not allow this, and is only of the peer-to-peer form.”

Using structured light as quantum photon states, the Wits team showed how to distribute information from one sender to 10 parties. Then, by using some nifty quantum tricks, they could engineer the protocol so that only if the parties trust one another can the secret be revealed.

Read more:   US responsible for 'unacceptable' deadlock on JCPOA – Lavrov

“In essence, each party has no useful information, but if they trust one another then the secret can be revealed. The level of trust can be set from just a few of the parties to all of them,” says Forbes. Importantly, at no stage is the secret ever revealed through communication between the parties: they don’t have to reveal any secrets. In this way a secret can be shared in a fundamentally secure manner across many nodes of a network: quantum secret sharing.

“Our work pushes the state-of-the-art and brings quantum communication closer to true network implementation,” says Forbes. “When you think of networks you think of many connections, many parties, who wish to share information and not just two. Now we know how to do this the quantum way.”

The team used structured photons to reach high dimensions. Structured light means ”Patterns of light” and here the team could use many patterns to push the dimension limit. More dimensions mean more information in the light, and translates directly to larger secrets.