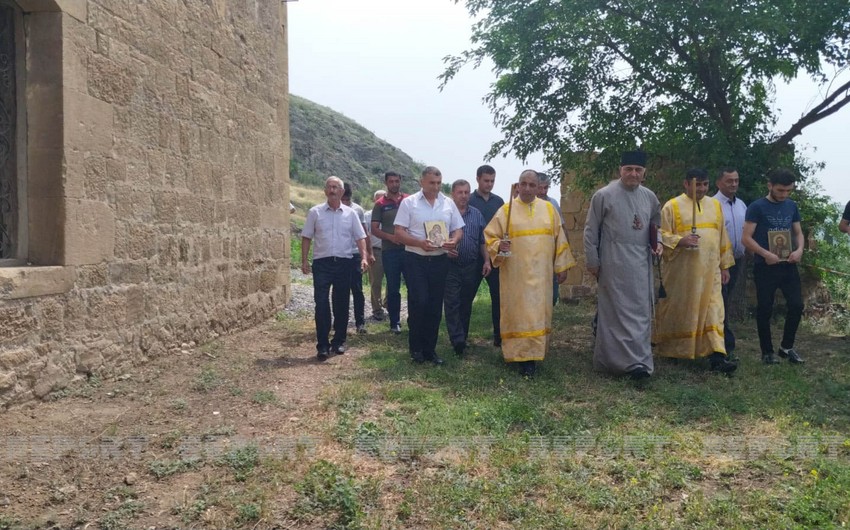 Members of the Albanian-Udi Christian religious community have started their visit to the village of Sugovushan in the Terter district, liberated from the Armenian occupation, on the occasion of June 26 – the Day of the Azerbaijani Armed Forces.

According to Report’s Karabakh center, members of the community visited the 5th-century Albanian cultural heritage site in Sugovushan, which was restored by Armenians in 1898 and presented as their temple.

A religious ceremony was performed in the church.

Community members stressed that under the leadership of President Ilham Aliyev, large-scale restoration work is being carried out in the liberated territories, and expressed confidence that all Azerbaijani historical, cultural and religious monuments will be restored in the near future.