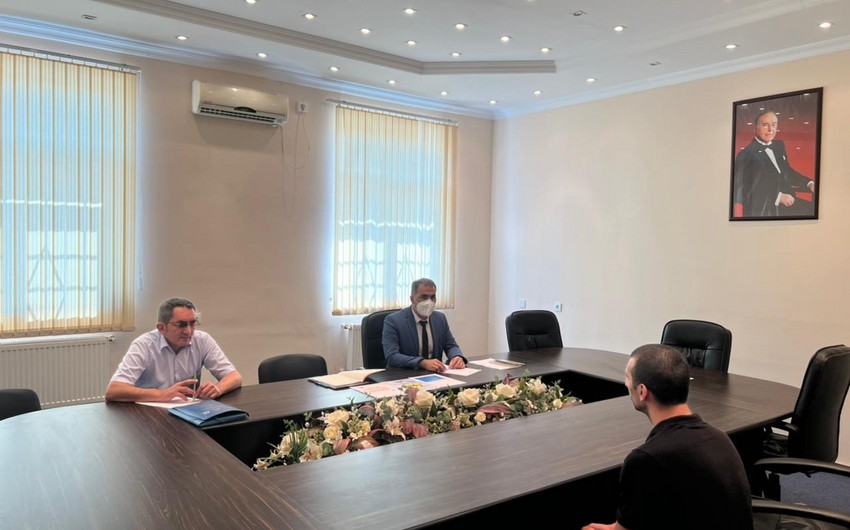 By the instruction of Sabina Aliyeva, the Ombudsman of Azerbaijan, the members of the National Preventive Group (NPG) against Torture (MPG) of the Ombudsman continue to visit temporary detention places without prior notice, Report informs, citing the press service of the Ombudsman Office.

The purpose of the visit, organized under the requirements of the Optional Protocol to the Convention against Torture and Other Cruel, Inhuman or Degrading Treatment or Punishment (OPCAT) and the Constitutional Law “On the Ombudsman of the Republic of Azerbaijan”, consisted of investigating the conditions of detention and treatment issues in the facility, as well as the state of ensuring the rights of the detained persons.

During the visit, which was also attended by a medical member of the NPG, Armenian citizens who were convicted for committing criminal acts in the liberated territory of Azerbaijan after the cessation of hostilities, according to the tripartite statement signed by the leaders of Azerbaijan, Russia and Armenia on November 10, 2020, were also received.

During the conversation conducted within the framework of confidential receptions, it was revealed that telephone connections, correspondence, contact with family members, opportunities to get information (television, publications), and medical care were provided for each prisoner.

The received persons did not complain about the detention conditions and treatment.