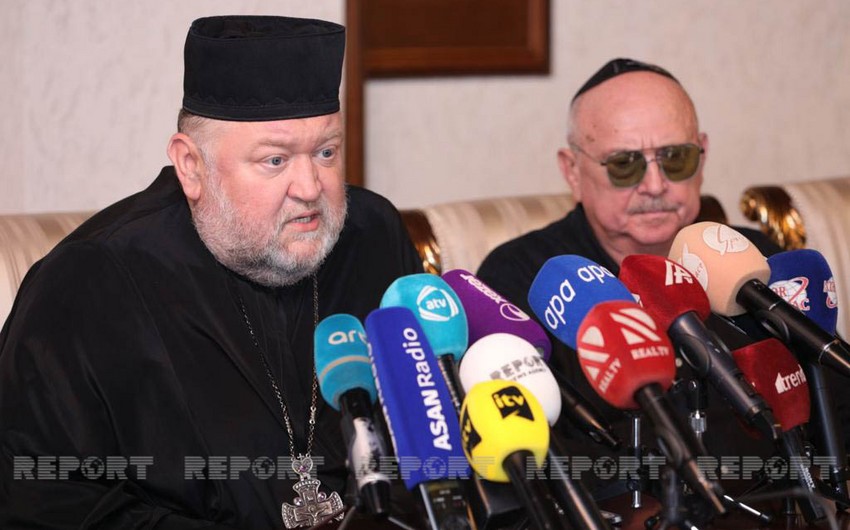 Economic prosperity is observed in Azerbaijan, and the country is open to the whole world, said the representative of the Russian Orthodox Church, Konstantin Pominov, Report informs.

“Azerbaijan has achieved no less in foreign policy. It is ready for dialogue with all countries. Under the leadership of our Commander-in-Chief, Mr. President Ilham Aliyev, Azerbaijan has restored its territorial integrity. Azerbaijan is pursuing a tolerant and multicultural policy. Since Azerbaijan became an independent state, there has not been a single conflict on the religious level. There is mutual understanding and cooperation between the country’s religious communities,” he stressed.

According to Pominov, religious tolerance united Azerbaijan with different ethnic compositions as a whole: “This irritates some forces. The fact that Azerbaijan is developing day by day worries some people. I just don’t understand one thing, what they wanted to show with this act of vandalism. I am interested in why Great Britain, which pokes its nose into Syria, Iraq, and other countries and judges Islam and ordinary believers there, feeds the terrorist organizations that are right under its very nose. It’s true, it’s not my business, it’s politics.”