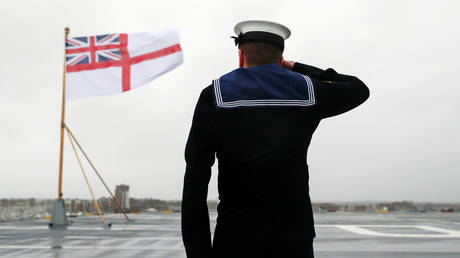 The United Kingdom has been providing naval training to members of the Saudi-led coalition fighting in Yemen, skills which may have been used to impose a widely condemned embargo on the war-torn country, according to a new report.

The Royal Navy is instructing naval personnel from Saudi Arabia and the United Arab Emirates (UAE), Declassified UK has uncovered, even as the Gulf states continue to impose a devastating sea blockade on Yemen, resulting in millions of civilians living on the brink of starvation.

In September 2015, a UAE naval officer attended a four-week training course in southern England – just months after the Saudi-led coalition began its embargo on Yemen and bombed the port of Hodeidah, destroying warehouses, cranes and other infrastructure used to unload and store badly needed humanitarian supplies. The British program included instruction in ‘counter-smuggling’ and ‘board and search’.

Six months later, according to Declassified UK, Royal Navy officers spent a week in Saudi Arabia drilling 15 sailors on how to “board and search” vessels in “international waters or territorial seas.” The Saudi personnel were taught “high-risk search techniques” as well as detention procedures. Between September 2016 and March 2017, the UK also provided Saudi and UAE forces with instruction on protecting an Exclusive Economic Zone – the area off the coast of a country containing its exclusive fishing and other resource-gathering rights. The course was followed by training exercises with the Saudi Navy. (RT)