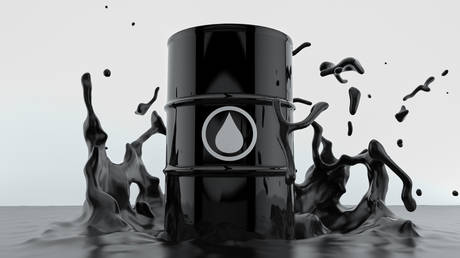 The transition to a global energy system that runs on renewable energy rather than finite and dirty coal, oil, and gas is arguably the number-one topic in the media, sometimes eclipsing even the pandemic.

Yet, for all the enthusiastic talk, it seems that we are nowhere near accomplishing the transition—and it may already be too late to do anything about climate change anyway, according to some climate scientists.

“Embedded power structures and support for a dying industry”: these are the factors that are keeping oil and gas as the world’s main sources of energy, according to the chief executive of one environmental nonprofit organization.

Speaking to CNBC, Carroll Muffett from the Institute for Environmental Law said, “It is not a matter of the absence of the technology or the inability to do it. If you actually look at what are the cheaper sources of the energy supply right now, it is not really even a matter of economics. It is much more about embedded power structures and continued support of dying industry.”

Also on rt.com Smart money is betting on helium boom

It is very likely that Muffett is referring to government subsidies for the oil and gas industry in countries such as the United States or the UK, as well as many developing nations. What he doesn’t mention in the above comment, however, is the fact that the US government—and many others—also have substantial subsidies for renewable power, and plans to boost these in a bid to encourage wider adoption. As Muffett puts it, the energy transition is “primarily a matter of political will and economic choices.”

Indeed, it is a matter of political choices. Virtually every reputable energy authority has repeatedly said that it is up to the politicians to make sure the transition occurs by encouraging renewables and discouraging oil and gas. This, however, begs one question and the question is this: if renewables were as economical as their proponents say, wouldn’t the private sector be embracing them on its own for the profit opportunities, rather than waiting for the subsidies to be granted before venturing into the field?

Read more on Oilprice.com: The most critical oil storage in the united states

There is also another question: if renewables are the economic choice, why are the emerging—meaning poorer—economies of Asia investing so heavily in fossil fuel generation capacity that demand for oil there could jump by as much as 25% by 2040, according to Wood Mackenzie? Even China, the indisputable global leader in renewable energy capacity, is building new coal power plants despite celebrations of solar becoming as cheap as coal two years ago. These are not questions that the most vocal advocates of renewable energy like to discuss. They interfere with the narrative that solar and wind are not only emission-free, but they are also as cheap as fossil fuels. If that were the case, it would certainly make fossil fuels irrelevant. After all, if two sources of energy cost the same, but one is renewable and the other one is finite, it would make the best economic sense to bet on the first and not the second, from a purely pragmatic point of view, even without factoring in emissions.

And yet, poorer economies are betting on fossil fuels while richer ones are investing billions in renewable energy generation and storage capacity, and in electric cars. It seems there is a disconnect in the logical sequence of arguments for the energy transition. On the one hand, solar and wind are cheaper—and hydrogen and EVs will soon get cheaper—so it would make sense for everyone to get on board with them. Yet on the other, wealthy nations are the ones being the most generous with wind and solar adoption, and support for hydrogen and EVs.

Also on rt.com Russia eyes boosting its global market share of hydrogen by 20% in a decade

“If we want to mitigate the worst impacts, it’s going to take a deliberate focus on reducing fossil fuels emissions to near zero — and even then, we’ll need to look for ways to further remove greenhouse gases from the atmosphere,” he said.

Fossil fuel emissions account for the vast majority of greenhouse gas emissions from human activity on the planet. The increase in their use reflects an increase in energy demand, and the world’s energy demand is expected to continue growing as the global population grows, driven, once again, by emerging economies. Growing energy demand appears to be incompatible with the Paris Agreement targets given the above factors regarding the cost of different energy sources and their relative reliability, which is motivating investment decisions. (RT)