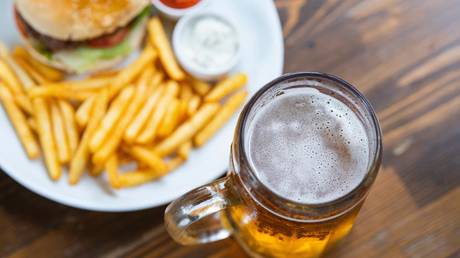 The coronavirus outbreak has forced some farmers and producers to do as was done during the Great Depression and simply get rid of their products or consider measures to prevent them from rotting amid lack of demand.

When the pandemic just began to infect counties one by one, people rushed to hoard supplies – from toilet paper to food – fearing shortages in the future. After the initial shock faded and parts of those ‘doomsday’ stockpiles ended up in the trash bin untouched, another problem emerged – too much food was left in the hands of the producers, forcing them to dump perfectly good products.

Millions of liters of unconsumed booze

Restaurants, cafes, bars, and pubs were closed in most countries in Europe due to coronavirus restrictions, leaving producers of wine and beer with a huge surplus of supplies. As wine sales soured, the European wine trade group Comite Europeen des Entreprises Vins (CEEV) reportedly fears that 10 million hectoliters of wine are at risk of being lost. 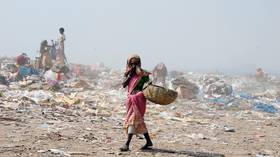 Brewers have also lost substantial market shares amid the coronavirus lockdowns, with some complaining they had to pour beer down the drain. The German Brewers Association (Deutscher Brauer-Bund – DBB) recently told Russian media that even though most of their products can be reused, some already opened casks had to be disposed of. Their French peers were forced to discard 10 million liters of beer, while the Beer and Pub Association (BBPA) said that 70 million pints of beer were set to be poured away in a “heartbreaking” event for the industry.

Read more:   Oil prices fall below $80 per barrel for the first time in a month and a half

Tons of meat wasted amid fears of shortages

The coronavirus outbreak has disrupted work at meat processing facilities after workers caught the infection. While some plants both in the US and Europe had to temporarily close, other processing facilities downsized capacity, enforcing precautionary measures. According to a recent YouGov poll, 60 percent of Americans are concerned about whether they’ll be able to buy the meat.

The problem in the middle of the meat supply chain has left farmers no choice but to get rid of livestock. Tons of poultry was lost to US consumers in the midst of the outbreak last month after a large chicken processing company reportedly had to euthanize 2 million of its flock in farms in Delaware and Maryland. The same goes for pork, as thousands of pigs were said to be composted as farmers run out of space and some of the animals are getting too big to send to the slaughterhouse, according to Bloomberg.

The Covid-19 crisis slammed sales of milk and other dairy products, which are highly dependent on purchases from schools and fast food chains, and cows cannot be stopped from producing milk, leaving farmers with a supply glut. (RT)