Remembrance Day was celebrated in Azerbaijan on September 27. This event began with the address of Supreme Commander-in-Chief, President Ilham Aliyev to the nation, and continued with a groundbreaking ceremony, a march, and visits.

In his address, the president conveyed a series of messages to the country’s citizens, friends of Azerbaijan, and those who dislike it. The president spoke about the perpetuation of the memory of the martyrs, said that their families were always taken care of, and the assistance and care for veterans. He also spoke about the fighting spirit of the wounded soldiers and the greatness of the martyrs’ families: “Our servicemen, wounded and in critical condition in hospitals, were saying that they wanted to recover soon and return to the front. May the souls of our martyrs rest in peace; when their parents buried them, they said, “Long live the Fatherland”. They called for only going forward and forward. May God have mercy on all our martyrs!” 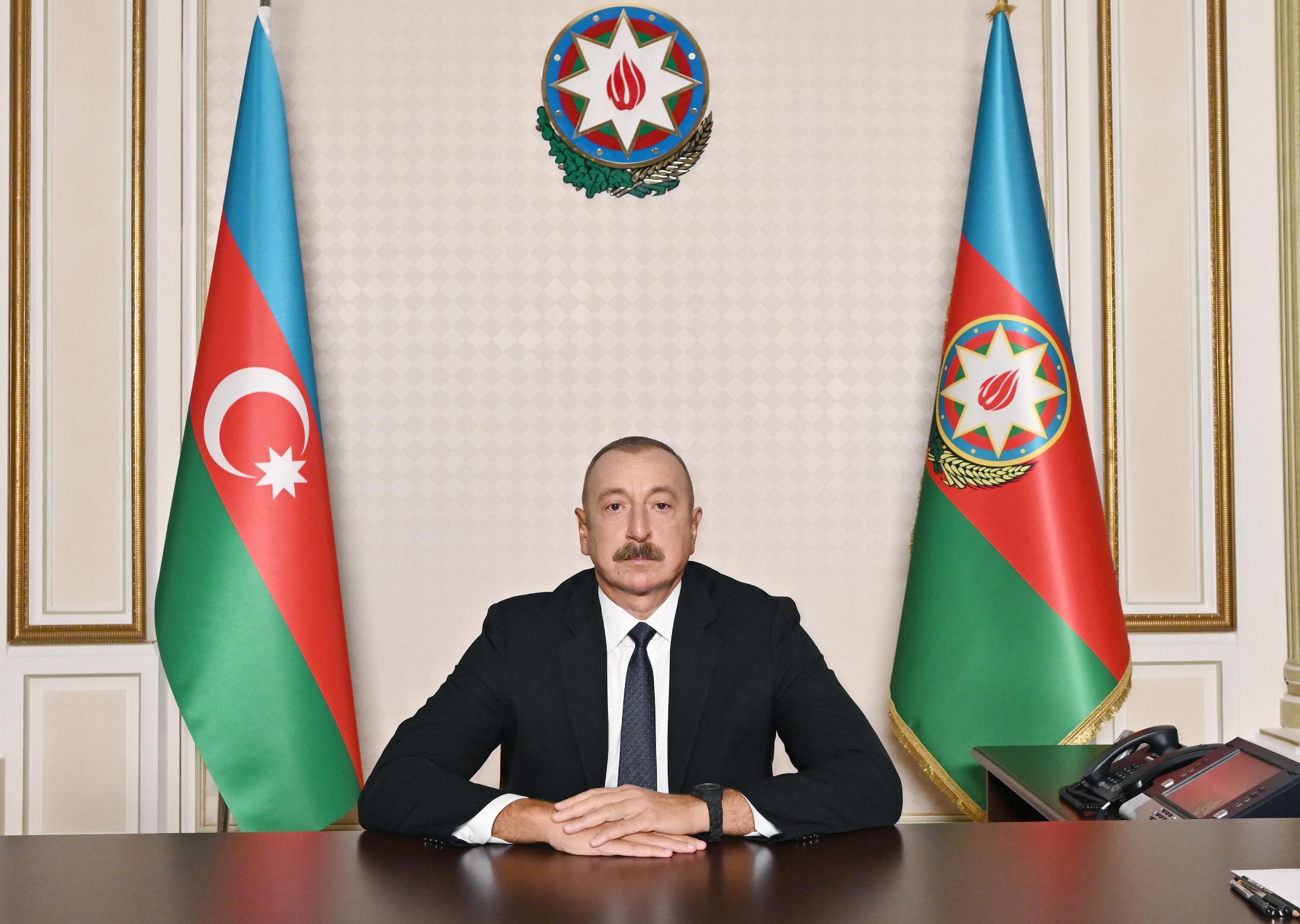 In his address, Ilham Aliyev stressed the inflexibility and invincibility of the Azerbaijani people: “I have repeatedly addressed the Azerbaijani people from the onset of the war up to now – from September 27 to December 1, shared the joy of victory and gave the good news of our liberated cities. I consider myself a very happy person. Because this victory proved our spirit, our indomitable spirit. It showed that the people of Azerbaijan never intended to come to terms with this situation, and all our people, young kids, old people, those who left those lands, those who want to return, the representatives of the young generation who have never been in those lands – we all lived with a single dream and realized this dream.” 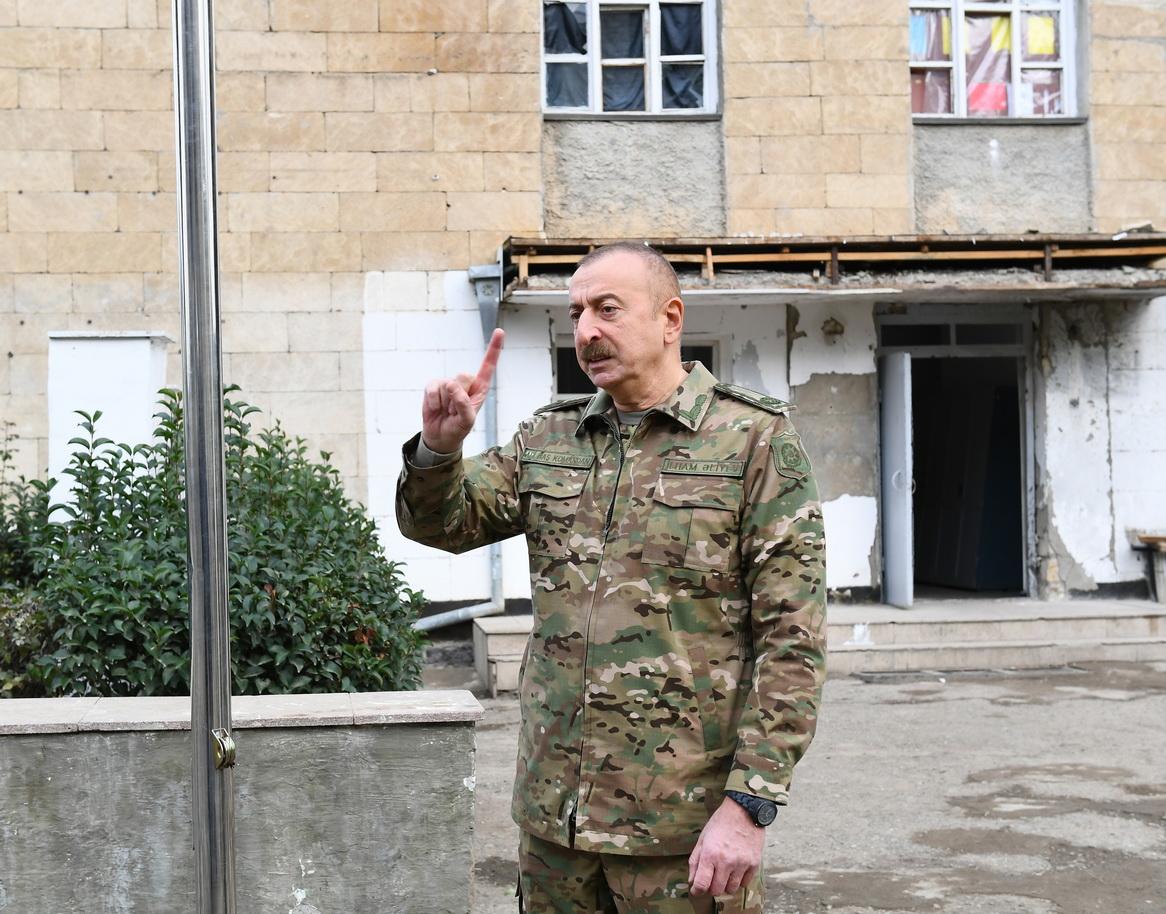 One of the factors that led to the victory in the 44-day war was national unity. The unity of the front and rear with the government was an indicator of the power of the Azerbaijani people. Armenia and its supporters attacked civilian buildings and houses in the country’s regions and cities far from the frontline to intimidate the Azerbaijani people and wreak havoc in the country. But their intentions did not come true. The civilians responded to the enemy with restraint and patience. In his address, the Azerbaijani president stressed the determination of civilians to fight: “Civilians – 94 civilians were killed and over 400 civilians were wounded by the savage enemy. When the people, whose houses were destroyed, came out of the rubble, called only for going forward. You know, everyone should know this, and we show the whole world that we are a great nation, an invincible nation. We have won a victory on the battlefield, in the political arena, and this victory opens a new era for our country. This will be a period of development, security, and progress.” The march on the Day of Remembrance was a clear indication of the invincibility and unity of the people. President Ilham Aliyev and First Vice President Mehriban Aliyeva also took part in the march. Holding a picture of a martyred soldier and a martyred baby in front of the march, the president and the first vice-president sent out a message to the world. This is an indication that every citizen, from the military to the baby, is ready to sacrifice their lives for the freedom, sovereignty, and territorial integrity of Azerbaijan. The march with portraits of the martyrs meant that they were always at the forefront. This delivered a message to the world that “martyrs will not die, Azerbaijan will not be divided!”. The march proved that the memory of those, who died for the freedom, independence, and territorial integrity of Azerbaijan, is always dear. Their deeds continue. In military terms, these photos were like a flag in the hands of an army commander. The passing of the baton of the martyrs for Azerbaijan is an indication that the flag is in safe hands. The Day of Remembrance was celebrated by the people of Azerbaijan as they liberated their lands from occupation. At the procession and other events, there was an organized nation capable of defending its own lands and the state. 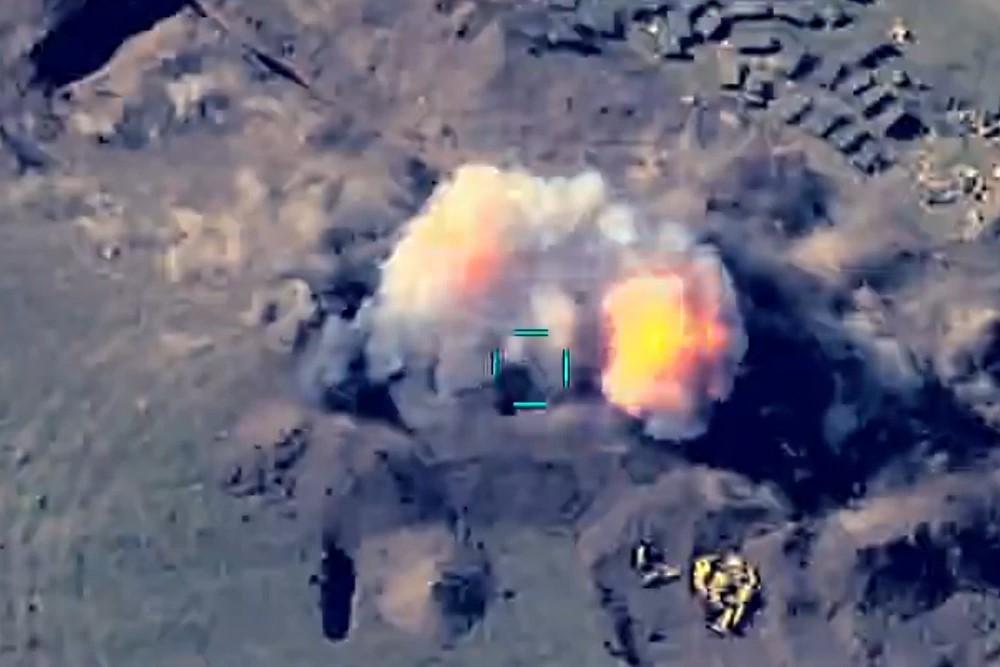 That day was marked by various protests in Armenia. The war aggravated the difficult situation in this country. This country maintains its existence through various donations. For many years, Armenians have been asking for help from the world under the pretext of the Spitak earthquake, Karabakh, the border areas with Azerbaijan, and other issues. Even in the United States and European countries, they hold rallies in the streets for this purpose. Armenia’s economy has always been dependent on donations. The uncertain policy pursued by the new government over recent years has made the Armenian economy riskier. Armenia, which plundered the occupied Azerbaijani lands together with foreign businessmen, is now in a more miserable situation. Citizens of the country leave Armenia once and for all. According to official data from Yerevan’s Zvartnos Airport, 48,053 citizens left Armenia permanently in January-August 2021. MP Vage Hakobyan, a member of the Hayastan parliamentary faction, told reporters that the number of people leaving Armenia has reached a “peak level”. According to him, the number of migrants from Zangazur (Syunik) is growing day by day. The MP said that 110,000 people left Armenia in the first six months of 2021.

Thanks to their leaders and ideologues, the citizens of Armenia abandoned themselves to despair. They see the way out is to leave the country. Armenia experienced mourning on the first anniversary of the beginning of the Second Karabakh War. BBC Azerbaijan asked residents of the city on “What do people in Yerevan think about the anniversary of the Second Karabakh War?”. These answers once again confirmed that Armenians are victims of false ideas. In interviews, residents often used the following expressions: “What will be the comment of the defeated people? Defeat is very hard”, “We did not live this year, this is not a life, this is a disgrace”, “It was very difficult for us, our city is empty. We can’t make up for it”, “It is a great tragedy from a humanitarian point of view”, “Many did not learn a lesson from this”, “Azerbaijan did as it said. Our people thought of Russians, but Russians did not come to rescue of their ally”, “Only Russia should remain as an ally”, “They turned Armenians against Armenians” and so on. 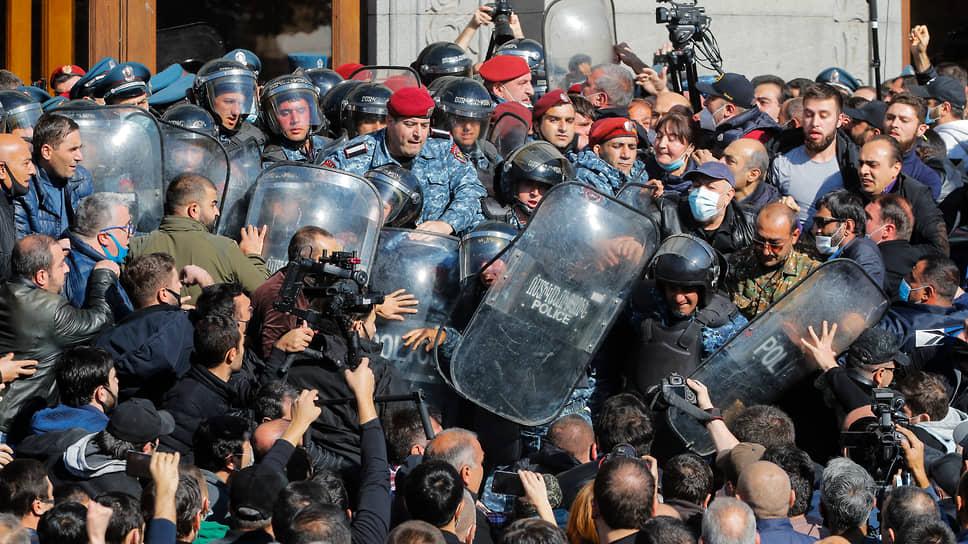 Opposition groups said they will hold protests for 44 days. The opposition led by former Armenian President Robert Kocharyan marched to the Erablur military cemetery in central Yerevan and lit torches. One of the marchers, Naira Kartasiyan, said the war had changed many things: “The situation in our country has worsened. I think we will need another 100 years to forget all this and heal our wounds.”

Thus, the two different events held on Remembrance Day once again proved the importance of peace and cooperation in the region. Azerbaijan is the party that liberated its own lands from occupation, and Armenia is the aggressor. Azerbaijan is the initiator of cooperation and peace. The events held on September 27 showed to Armenians, their political leaders, ideologues, and supporters of this ethnos the importance of refraining from creating acts of hostility.

13:26 Iran begins air drills, featuring both manned and unmanned aircraft, as it complains about ‘Zionist presence’ on borders