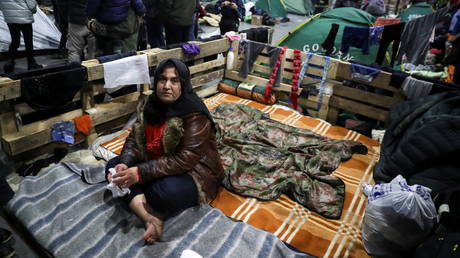 Migrants living in makeshift camps on the border between Belarus and the EU are permitted to claim asylum and seek safety within countries in the region, but nowhere else, one of the bloc’s top officials has announced.

This would rule out Germany, the stated preferred destination of many.

Speaking at a press conference in Brussels on Wednesday, European Commissioner Margaritis Schinas explained that the refugees could apply for asylum in the EU country whose border they were on, including Poland, Latvia, and Lithuania, but not in other member states.

“If they don’t request asylum in one of those three countries, they can also request asylum in Belarus itself, because Belarus is part of the Geneva Convention,” he explained, pointing to the fact the Eastern European nation is a signatory to the refugees’ rights pact. (RT)