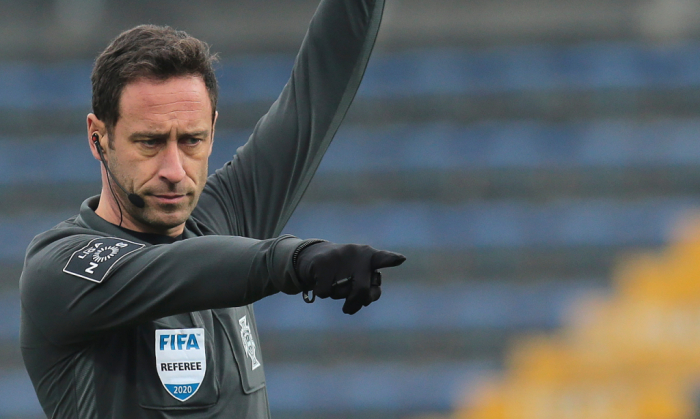 The referees have been appointed for the UEFA EURO 2020 Group A ‘Wales – Turkey’ match, which will take place on June 16 at the Baku Olympic Stadium.

A referee team from Portugal has been appointed for the match. The main Portuguese referee of the match, Artur Soares Dias, will be assisted on the sidelines by Rui Tavares and Paulo Soares.

Bartosz Frankowski from Poland has been appointed reserve referee. At the VAR monitor, the chief referee will be assisted by the Portuguese Joao Pinheiro.

The first match of the group was held in Baku on June 12 between Switzerland and Wales at the Baku Olympic Stadium and ended with 1:1 result, while Italy beat Turkey, 3:0.

Turkey and Wales will take to the green turf on June 16, and Turkey and Switzerland will play on June 20. In addition, one 1/4 final game will take place in Baku on July 3.