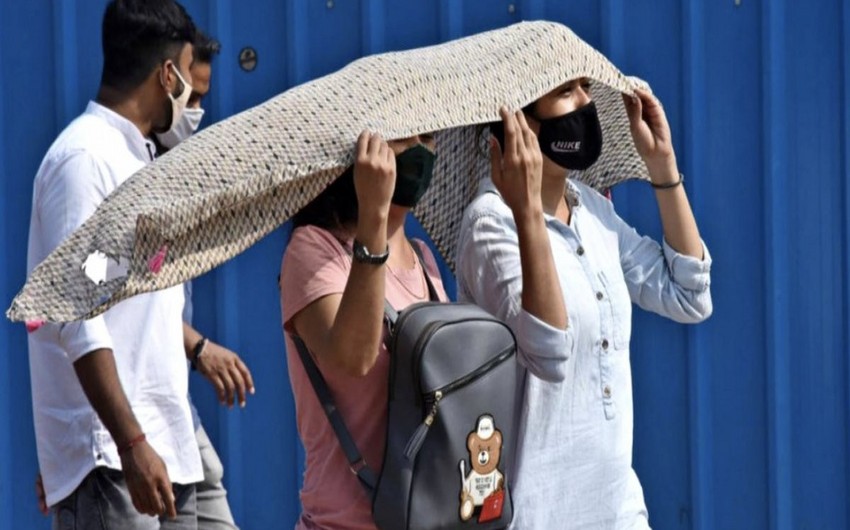 Temperatures in northern India have risen sharply and reached 45 degrees Celsius in many regions of the country on May 14, Report informs, citing the Indian Meteorological Department.

The department noted that a red threat level was declared in several areas in the northwestern province of Rajasthan, where the temperature rose to 48.5 degrees (in the Dholpur district).

The temperature was 43.5 degrees in Jammu, 47.2 degrees in Delhi and 47 degrees in Najafgarh. This is, on average, seven degrees higher than the norm for this time of year. According to meteorologists, the temperature will not fall in the coming days.