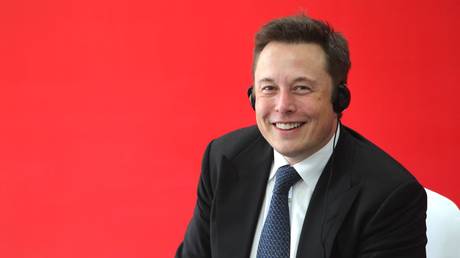 Elon Musk is fully red-pilled. After months of attacks from the left, its allies in the Democratic party, and ceaseless efforts to cancel him, the world’s richest man says that he plans on voting Republican moving forward.

Like so many other former Democrats, Musk has lost all hope in the trajectory of the party of the left. Once the party of “kindness,” as Musk himself describes, the Democrats have fallen far from grace due to their endorsement of woke, anti-American, and some might even say, anti-human policies that benefit no one but those in charge. The establishment has been unrelenting in its pursuit of “socially conscious” causes such as anti-parent transgender ideology, the forced adoption of so-called “preferred pronouns,” cancel culture, abolishing law enforcement, and – much to the chagrin of many anti-war advocates on the left – funding foreign conflicts.

The Democrats having devolved from being the ‘party of the people’ to one of weird agendas was no more evident than when numerous political influencers, including prominent congressional representatives, senators, and even Vice President Kamala Harris, threw their support behind the ‘defund the police’ movement in 2020. 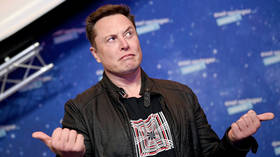 In retrospect, everyone could’ve seen the iceberg on the horizon from the Titanic, the effects of which are now clearly evident with the rise in inflation, crime, illegal immigration, and numerous crises that have only served to hurt, and not help, Democratic constituents, not to mention independent Republican-leaning business owners.

And much like the iceberg that sank the Titanic, this one’s sinking what was thought be an unsinkable America. Too big to fail? There’s no such thing.

Worse still, Democrats don’t take ownership of the problems they’ve created. Rather than work to address these issues, they’ve opted to blame everyone from Russian President Vladimir Putin to former US President Donald Trump. Printing too much money? Let’s just label it “Putin’s Price Hike” and call it a day.

Instead of addressing their policy failures, Democrats such as Joe Biden have doubled down on those very same failures and have moved to silence their critics and impose censorship over dissenting voices.

On social media, no one in the US has been subjected to more censorship than conservatives – and it has been unrelenting. The Biden White House even established its very own Ministry of Truth to screen out dissenting voices.

Despite campaigning as a uniter, Biden has chosen to widen the gap between everyday Americans by blaming his political opponents. His party has become one of division and hate.

It’s no surprise that Musk, a visionary who wants to make the world a better place through the advancement of technology and the lessening of limits on free speech, has taken it upon himself to align with the Republicans. After all, this is part of the reason Musk, who sees Twitter’s potential as a marketplace of ideas, decided to buy it.

His remarks come days after he lampooned President Joe Biden by pointing out that the real power resided in the hands of whomever controls the teleprompter. Just as well, Musk’s criticism of the Biden administration has been steady, particularly for printing endless dollars and jacking up inflation. (RT)