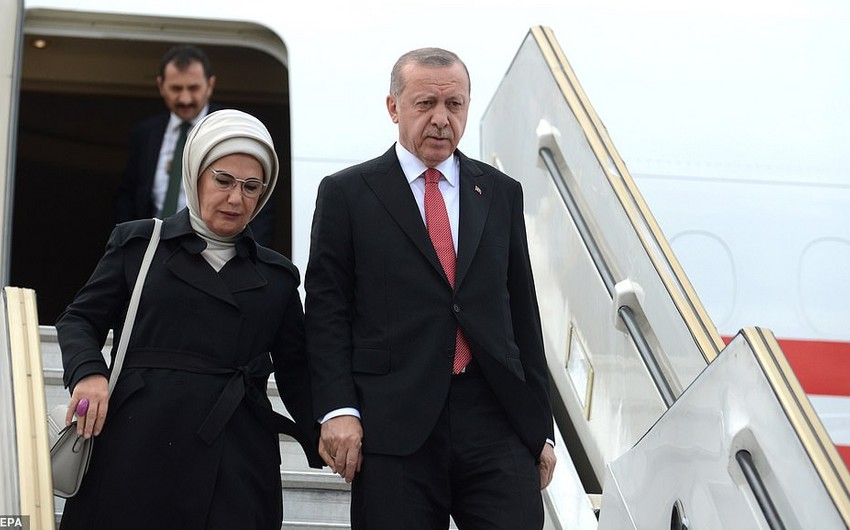 President of Turkey Recep Tayyip Erdogan arrived in Azerbaijan for an official visit on June 15.

Report informs that a guard of honor was lined up in honor of the high guest at the Heydar Aliyev International Airport, where the national flags of both countries were waved.