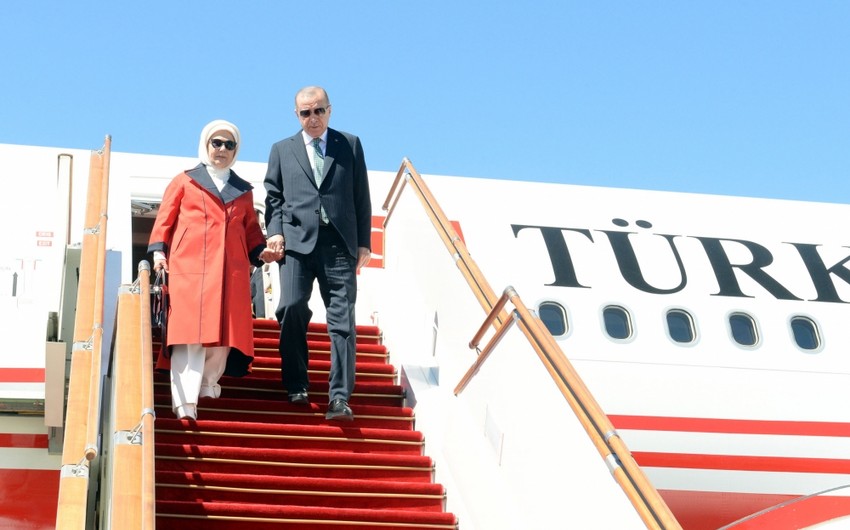 President of the Republic of Turkiye Recep Tayyip Erdogan has arrived in Azerbaijan on a working visit, Report informs.

A guard of honor was lined up in honor of the Turkish president at the Heydar Aliyev International Airport.

President Recep Tayyip Erdogan and his spouse Emine Erdogan were welcomed at the airport by First Deputy Prime Minister of the Republic of Azerbaijan Yagub Eyyubov, Deputy Foreign Minister Khalaf Khalafov and other officials.